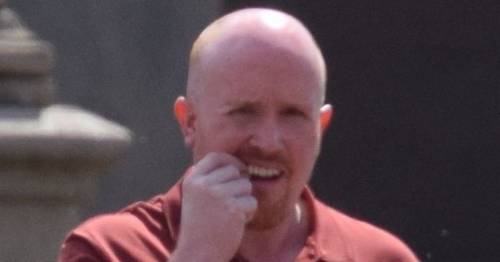 A twisted paedophile left his victim suffering “night terrors” of a man standing at the end of her bed after sexually assaulting her multiple times.

Stephen Jennings was jailed for four years on Friday after pleading guilty to three counts of possessing indecent images, and being convicted at trial over the two assaults.

Philip Clemo, prosecuting, said the 39-year-old, of Runcorn, Cheshire, initially groped his victim over her clothes, reports the Liverpool Echo.

When she asked him to stop, “he refused” and assaulted her again, Chester Crown Court heard.

The abuse came to light when the child’s mother heard her using “inappropriate language”, and she then said what had happened.

The case was tried at Chester Crown Court
(

It was reported to the victim’s school. In voluntary interview with Cheshire Police, Jennings denied what took place and any “sexual interest in children”.

That lie was left in tatters when a search of his two phones revealed 10 Category A abuse images – the most serious type and including one of a girl of about 10 years of age “in distress” being raped, 10 Category B and 178 Category C.

The court heard that at trial an adult witness gave evidence that while having sex with Jennings, he had called her “my good little 12-year-old girl” and she told him “don’t say that”.

Jennings was jailed for four years
(

An impact statement from his young victim’s mother said the little girl suffered psychological symptoms of abuse including “night terrors worrying about a man being at the end of the bed”.

Mr Clemo said features of the case showing higher levels of harm included the girl’s “extreme youth” and her vulnerability.

Jennings had no previous convictions and most recently lived with his parents on The Glen, Runcorn.

Gareth Bellis, defending, pleaded mitigation for the indecent image guilty pleas and urged the judge to consider the principle of “totality” when considering the overall sentence, with some aggravating features “subsumed” by others to avoid double counting.

He added a probation report assessed Jennings as a low risk of reoffending and was not suitable for the “dangerousness” provisions such as an extended sentence.

Mr Bellis said Jennings was “hitherto a man of good character who had worked for 20 years”.

Recorder Mark Ford sentenced Jennings to four years in prison, and placed him on a Sexual Harm Prevention Order and the sex offenders register, both for life or until further notice.

Sending Jennings down, Recorder Ford said: “It was clear to me from her evidence that she didn’t want you to touch her in this way and that her complaints to you didn’t prevent you from continuing.

“Despite the clarity with which (your victim) expressed herself, despite her young age, you maintained your denial of the conduct as was your right but the explanations you set out to provide rather unravelled during cross examination and the jury duly convicted you.”