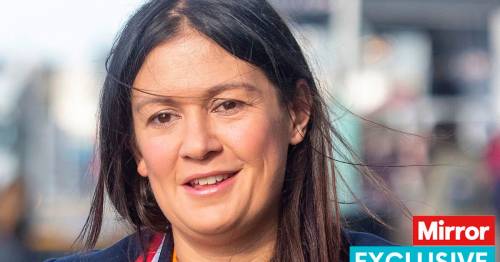 Boris Johnson ’s failure to deliver on his flagship levelling-up policy will be a key battleground at the next election, Labour has said.

Levelling Up Secretary Michael Gove “hasn’t got the first clue” what his brief actually means, according to his shadow counterpart Lisa Nandy.

Last month, the PM delayed his White Paper on levelling up yet again until early this year – and it has been further pushed back by Covid.

Ms Nandy said: “The Government is under a lot of pressure to define what levelling up is after two years of empty slogans and broken promises.

“But they still don’t know – and until they do know and they have a plan to deliver, it’s fairly clear the White Paper won’t be worth the paper it’s written on.”

The Wigan MP said Labour could win back voters’ trust by showing “we have a plan for every community in this country that matches the ambition of the people in it”.

She added: “For me, this is a very personal mission.

Michael Gove 'hasn’t got the first clue' what his brief actually means, according to Lisa Nandy
(

She believes well-paid, secure jobs are the key to levelling-up for parts of the country where young people have been forced to leave to find opportunities elsewhere.

She hinted that Labour could back Silicon Valley-style tax breaks to help encourage private firms to invest.

But first she said ministers should firstly be focusing on better transport, digital infrastructure and skills to make any such high-skilled jobs more accessible.

She said: “What use is that to the child standing out in the playground looking out at some of those top jobs unless they know that they can get them?

“Sometimes those jobs are two miles away, but they might as well be on the moon as far as those young people are concerned.”

Ms Nandy says lasting change starts from the bottom up.

She added: “It’s far harder for governments to dismantle things that are co-owned and run by local people.

“But localism alone can’t solve these problems – it needs active national governments to come in and support them to deliver change.”

Previous : The Whitehall figures behind the party scandal: Who are Sue Gray and Martin Reynolds?
Next : Artist behind Canucks’ Lunar New Year jersey hopes to push back against anti-Asian racism