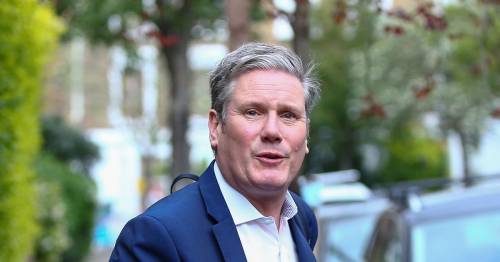 Labour's Lisa Nandy has said she is "absolutely confident" that Keir Starmer did not flout lockdown laws by having a curry and a beer with aides during campaigning – and described him as "Mr Rules".

The Shadow Levelling Up Secretary accused the "desperate" Government of "slinging mud" at Labour rather than tackling the cost of living crisis.

She said it was "absurd" to compare Mr Starmer having a takeaway with campaigners ahead of last year's Hartlepool by-election to the 12 gatherings in Downing Street being probed by police.

But Deputy PM Dominic Raab accused the Labour leader of "absolute hypocrisy" over the April 2021 gathering, which is being investigated again by Durham Constabulary.

Mr Starmer is under mounting pressure over so-called "beergate" after police U-turned on their original ruling that no offence had been committed.

Covid rules at the time banned indoor gatherings but there were exemptions for work purposes.

Political campaigning as also permitted ahead of the local elections and the Hartlepool by-election.

The force said on Friday they had received “significant new information” which had prompted them to reopen the case.

Durham police did not say what this information was but The Times reported that the news that deputy leader Angela Rayner attended the evening was key.

Labour originally denied she was present before conceding this had been a mistake.

Ms Nandy said the Labour leader was in Durham for a work event and simply had a break to eat.

She told Sky News' Ridge on Sunday: "In the last few weeks we've seen absolutely desperate attempts to sling mud at the Labour leader and various members of the Labour party.

"It is frankly absurd of the Tories to claim this is any way equates to a Prime Minister who was under investigation by the police for 12 separate gatherings which include karaoke parties, bring your own bottle parties, pub quizzes, suitcases full of wine being struggled through the back door."

She added: "The idea that this is the same thing is just a sign of a government that is tired, desperate and just out of ideas and spends more time slinging mud at the Labour party than working out how they're going to help pensioners who are now struggling so much to heat their homes that they're having to go on buses avoid the cold."

Ms Nandy refused to say whether the Labour leader should resign if he is fined for breaking the law, saying she was "absolutely confident" he had not flouted the rules.

She added: "This is a guy who self isolated six times during the pandemic. I don't know a single other person who did that.

"He is Mr Rules, he does not break the rules. He was the director of Public Prosecutions, not somebody who goes around tearing up the rules when it suits him – in stark contrast to the Prime Minister.

"I have to say I think this desperate attempt to sling mud will fall flat, but I think we'll see more of this as we get closer to a general election."

Asked if he should quit, Mr Raab said: "It's the rank double standards that drive people crazy.

"He needs to fess up and answer all of the holes in the account that he gave for that beer-and-curry event in Durham."

He added: " Keir Starmer looks like, I'm afraid, someone who is engaged in complete hypocrisy, complete double standards and I don't think he is going to get past that until he gives a proper account of what happened in Durham."

It comes as the Capital restaurant in Durham, which served the Labour leader's takeaway, told the Sunday Mirror that the bill was significantly less – although a breakdown of the order has been wiped off its system.

Syed Zohorul Jr, who helps run The Capital, said: “It hasn’t been that big an order. It wasn’t £200. It would definitely have been a much smaller order.

“Our prices are expensive anyway. It’s a year ago and we don't have a record. But I’m sure it was a smaller order.

“This shouldn’t involve us, it’s got nothing to do with us, they shouldn’t be investigating.”

A leaked memo indicated the takeaway in Durham had been planned as part of his itinerary and no further work was scheduled after the dinner.

Allies of Mr Starmer insisted that the curry was consumed between work events, meaning it was within the rules despite the ban on indoor socialising.