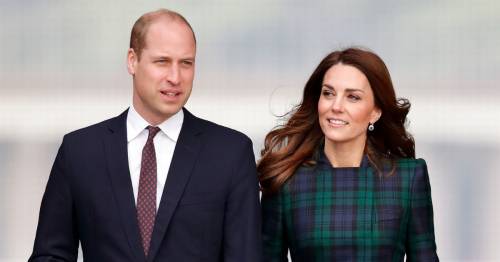 ‘Like Tony Blair 25 years ago, William and Kate are right to be less formal’ – Voice of the Mirror

When Tony Blair first became prime minister he told everyone: “Just call me Tony.” So everyone did. For a bit.

But it was too much for starchy Whitehall mandarins who had spent entire careers using titles. And soon they were calling Tony Prime Minister again.

Even Mr Blair’s chief aide and close chum Alastair Campbell eventually shied away from such intimacy other than in private, and referred to the PM as the PM.

But that was 25 years ago. Times have changed. We no longer doff our caps or touch our forelocks to authority.

And not just because most of us don’t wear caps anymore and forelocks are out of fashion.

Addressing people by their first names is now what comes naturally whether it’s the bus conductor, the bin collector or the boss.

So all credit to the Duke and Duchess of Cambridge for wanting to be known simply as Wills and Kate. And for opting to banish bows and curtsies, too.

Their move follows examination of their disastrous Caribbean visit – a Royal tour which rubbed raw nerves in places where Britain’s colonial past is a hot potato.

Tony Blair’s informality may have been before its time. But Royals must be of their time.

That is the way for the Monarchy to survive. And thrive.

Britain may be the best country in the world yet it still has a nasty underbelly.

And what most worries the spy agency’s boss Ken McCallum is just how many teenagers, and often young teenagers, are involved.

So it will not surprise him that neo-Nazi poster boy Barkley Walsh was groomed online by foul far right group Patriotic Alternative from the age of 13.

Embracing far right views does not necessarily lead to violence. But experts warn it often can.

Mr McCallum’s job is to catch potential terrorists before they become actual ones. But it is for society in general and government ministers in particular to curb the dangers of the internet.

We know how Islamist terrorists were inspired by what they watched on screen in their bedrooms which prompted them to embark on trails of death and destruction.

And we must redouble our efforts to protect them.

For the first time Butlins is to allow their Redcoats to display tattoos as long as they are not offensive.

That means you can become a staffer at one of their holiday camps with “I love mum” inked across your knuckles.

Fifty years ago the Butlins advertising slogan was :”Holidays are Jollydays.”