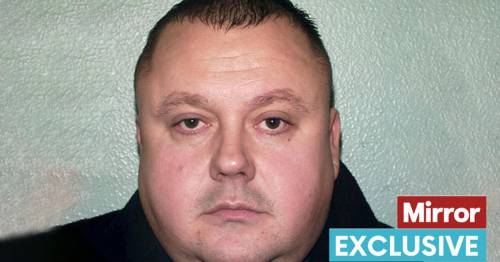 Levi Bellfield ’s girlfriend says the serial killer is “not a monster” and added she empathises with him as well as his victims.

She has insisted the murderer has “changed” during his years in jail.

The woman has described herself as “very educated and intelligent” and, perhaps unsurprisingly, also said she is “extremely non-judgemental”.

Her comments come after it emerged Bellfield, 53, is planning to get married in prison.

Justice campaigners say it is sickening the hammer killer has been able to form such a close relationship while serving a whole life term.

He has been convicted of murdering three people, including 13-year-old schoolgirl Milly Dowler.

The killer's new girlfriend says they shared 'cuddles' in prison
(

Bellfield’s girlfriend – who we are not identifying – said she is “not ashamed” of the relationship” and added that the pair have shared “kisses and cuddles” in prison.

She said: “He is not a monster. Yes he has a bad past, but 17 years in prison changes a person.

“He has changed, he has remorse, and there are always reasons a person goes wrong in life.

“There is always a far bigger picture. He is 53 years old, still young and has to live knowing he will just grow old and die in that horrendous place.”

Bellfield was convicted in 2008 of killing Marsha McDonnell, 19, in Hampton, South West London, in 2003 and Amelie Delagrange, 22, in nearby Twickenham in 2004, plus the attempted murder of Kate Sheedy, 18.

Three years after being jailed, Bellfield was convicted of the 2002 murder of Milly, who he abducted in Walton-on-Thames, Surrey.

Milly Dowler was one of Bellfield's victims
(

He has managed to have a three-year romance after his partner began writing to him in 2019.

Bellfield has consulted a solicitor to help him with his plan to marry and lodged an application with chiefs at Frankland Prison in Co Durham.

The MP added: “Milly never got to see her wedding day because she was robbed of her life by Bellfield. It cannot be right that he gets to have his.” The Centre for Crime Crime Prevention called the marriage plans “an insult to the families of Bellfield’s many victims”.

The Government is launching a review into whether it can stop the marriage. Prisons Minister Victoria Atkins said: “This man is an evil monster… I’m appalled someone like this can make an application to get married – we’re looking into it very carefully. Watch this space.” But Bellfield’s girlfriend said it is unfair he will never be freed and moaned about that prison conditions.

Sources claim he has photos of her on his cell wall, including one of her in lingerie alongside the words, “come to bed, Levi”.

Defending her relationship with one of Britain’s most hated men, she said: “I’m no random silly woman with an obsession for serial killers. I’m a very educated, intelligent woman, nobody’s fool. I don’t know Levi from 2002, I know the Levi of now. Well, since 2019.

“I’m extremely non-judgemental, and although I have great empathy with the victims, I have empathy with Levi too.

“He is my partner, we have an extremely close relationship, people may not understand that, but we all make our own choices in life. People change after 17 years in the prison system. The public think it’s like a hotel. I can tell you it’s horrific, nothing like a hotel.

“For Levi there’s no hope, life means life, where does rehabilitation come into that? Maybe 25 years, yes. But it’s just a death sentence in disguise.”

The woman also claimed Bellfield has demanded a DNA test in a bid to prove he did not father a secret son weeks before snatching Milly.

It follows claims by a mum-of-three that Bellfield – calling himself Levi Taylor – chatted her up at a nightclub and drove her home in the same red Daewoo Nexia he used to abduct Milly. The mum says she became pregnant as a result of a one-night stand and has spent two decades hiding the truth from her son, for fear it will leave him “broken”.

But Bellfield’s girlfriend said: “He said the child is not his and would like to request a DNA sample to eliminate him.” She has blasted claims Bellfield “groped” her on a prison visit.

She said: “He is my partner. We had a kiss and cuddle as always, he put his hand on my tummy, that was it.” Bellfield would need the permission of the governor at HMP Frankland to walk down the aisle.

Rules state the prison boss can raise an objection to the jail being named on the notice of marriage as the place where the service would be carried out.

Bellfield – who has at least seven children with at least three women – has a history of violently abusing his partners. Nine offences of serious assault and sexual assault were left on file after his convictions for murder.

One of his former partners – Joanna Collings who had two of Bellfield’s children – has previously talked publicly about enduring daily beatings at his hands because she was “too terrified to leave” the bouncer.

Earlier this year Bellfield – suspected of scores of other attacks – claimed he carried out the 1996 hammer murders of Lin Russell, 45, and her daughter Megan, six, in a country lane in Chillenden, Kent.

Michael Stone, 61, was convicted of the killings in 1998 and remains in jail.

Previous : Tesco lorry wedged in street for 12 HOURS as police arrive to help free stricken vehicle
Next : Mum who stuffed drugs in bra to give to both her murderer sons jailed