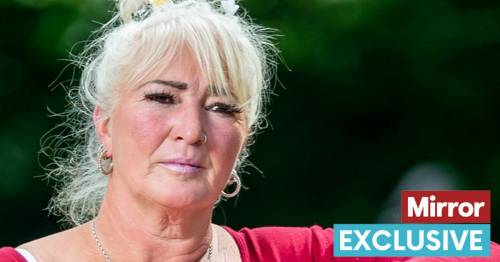 Serial killer Levi Bellfield’s ex-girlfriend has issued a personal plea to the woman planning to marry the jailed monster.

Johanna Collings was raped and beaten by the murderer and she has vowed to fight tooth and nail to block his behind-bars wedding.

She believes the killer of Marsha McDonnell, Amelie Delagrange and 13-year-old Milly Dowler is manipulating the woman, in her 40s, into wedlock.

Johanna, known as Joe, had a three-year relationship with Bellfield, 53. She said: “God knows what he’s told her. He brainwashes people, that’s what he does.”

And in a direct message to the bride-to-be, Joe added: “Sort your f***ing life out – what the hell are you ­playing at? Don’t be fooled by him.

Levi Bellfield wants to get married
(

“He’s a serial killer and rapist, who has killed kids and is a known paedophile – see what he did to Milly Dowler – and you think he’s not a monster? Get real.”

Joe, 50, who has two kids with the killer, said: “He’s really worked his magic on her.”

This week, Bellfield’s girlfriend has insisted he is “not a monster” and he has changed while in jail, where he is serving two whole life sentences.

She described herself as “very educated and intelligent” and insisted she was not ashamed of their relationship.

Bellfield would need permission from the prison governor at HMP Frankland to wed but Joe is determined to stop him.

She wants to make an appeal directly to the Prime Minister and Justice Secretary Dominic Raab.

Boris Johnson said he is “sickened and appalled” by the request and Mr Raab told how the Human Rights Act creates “obstacles” for blocking it.

Joe said: “For it to come from me – who was terrorised and abused by him – I hope it’ll mean something if I tell them a wedding can’t be allowed to go ahead. There should be a law to prevent criminals of that level getting married in jail.

“Boris is useless but this is the one time he can stand up for what’s right.

“He has got the power to say ­categorically no wedding can go ahead.

“And Raab has said he’s going to campaign for it to not go ahead, which is right. I would like to sit down with them to make sure it does not happen.”

She said people go on about Bellfield’s human rights but “he lost those when he took the lives of those girls”. She added: “All his victims will never walk down the aisle with their dads, because he took their lives away.”

Joe “went into meltdown” when she discovered her ex plans to marry the woman, who began writing to him three years ago before becoming a regular visitor.

His fiancée, who we are not naming, said she shared “kisses and cuddles” with Bellfield – who also tried to murder Kate Sheedy in 2004.

Joe warned that serial ­killers can be devious and scheming. She said: “He can convince you you’ve had an affair when you haven’t even left the house, and suddenly you’re apologising for something you haven’t done.”

Joe is so intent on blocking the nuptials that she is prepared to jeopardise her own safety. In the past, Bellfield has put “hits” out on her from prison.

Police alerted her to two separate threats in 2019 after she spoke publicly about his “creepy” relationship with his mum. In one, she said he “wanted my face f****ed up with acid.”

Joe said: “They said ‘We have intel from the prison that he’s put a hit out on you.’

“I laughed, thinking what is this, some kind of gangster show – the Krays or something? But they were completely serious. I had to carry two bottles of water on me and another fluid. I had alarms in my house that went through to rapid armed response and one in my car that tracked everywhere I went.

“You’re constantly looking over your ­shoulder, going ‘Is that them?’ It really freaked me out. This went on for a couple of years. Nothing came of it.

“He’ll probably put another hit out on me now because I’ve tried to stop his pleasure. If that’s what he wants to do, he can. I’m absolutely prepared to stand up for it.”

Bellfield’s fiancée – like his victims and Joe herself – is fair-haired.

Joe said: “I don’t know what his fixation is with blondes.

“When we were together he slashed up pictures of blonde models in a magazine. He told me once, ‘I hate blondes, they’re all f***ing slags and they should all
die. I was blonde at the time as well.

Asked if the woman should be fearful for her safety, Joe said: “She’s actually got the ­better deal with him – he’s locked up so he can’t physically get to her.”

Joe shuddered as she recalled how the monster wanted to marry her during their three-year relationship in the 90s.

She said: “He spoke about marriage when we were together – he wanted a big flash wedding.

“He always had to have the flash stuff and be the flash guy. It would have been full-on.

“Can you imagine if I’d have married him? Someone even said to me this week, ‘Are you jealous that he’s gonna get ­married and you never have?’ But I’m not going to let him get ­married. I don’t think he should have those sorts of privileges.”

In a strange twist, Joe’s 26-year-old daughter with Bellfield also got engaged this week.

The mum said she hasn’t discussed the killer’s wedding plans with her girl yet, adding: “It’s bizarre timing, but [Bellfield getting engaged] isn’t going to mask her happiness. They have been together for eight years and they are such a cute ­couple, they really are.”

Former bouncer and wheel-clamper Bellfield’s bid to wed is “exactly the kind of case” which shows the new legislation is needed, Mr Raab said this week. When asked if he can stop any nuptials, he criticised the Human Rights Act for creating ­“obstacles in that regard”.

However, he added that it is “inconceivable” that the prison or Ministry of Justice would authorise a wedding to go ahead at his category A jail in County Durham, due to concerns over Bellfield’s fiancee’s safety.

And Joe is calling for a change in the law to ensure that serious ­criminals
cannot marry in prison.

She fumed: “He’s got three meals a day and a gym in there – all taxpayer-funded – and now he wants a wedding as well? In the meantime you’ve got people who can’t afford to feed their families and heat their house.

“Something’s got to be done about it. It’s absolutely disgraceful.”