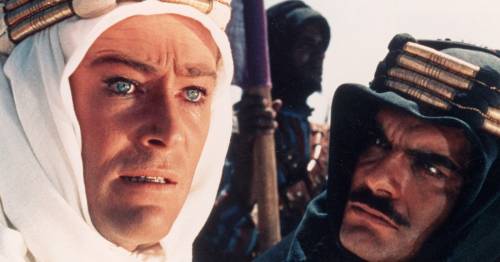 The site of Lawrence of Arabia’s fatal motorbike crash is being dug up by archeologists searching for evidence that he was murdered by British intelligence.

TE Lawrence, immortalised by Peter O’Toole in David Lean’s 1962 film, was killed after swerving to avoid two boys on bicycles. But it has been rumoured that the accident was caused by a black car.

There were concerns about his links to fascist Oswald Mosley and Churchill’s plans to make him the head of British intelligence.

And now, as biopic Lawrence: After Arabia is released in cinemas, historians, an archaeologist and a forensic crash investigator plan to help excavate the site of the 1936 crash near Wareham, Dorset.

Have your say on this mystery in the comment section

Fascist Oswald Mosley (right) was linked to the hero
(

They will look for remnants of Lawrence’s Brough motorbike and revisit archival material from the inquest.

Film director Mark Griffin said: “We’re hoping to build a revisionist history which is more reflective of his life than the one people are familiar with.

“What we could be dealing with here is the first state-sponsored murder in Britain."

O’Toole in Lawrence of Arabia
(

Lawrence was famed for his part in the Arab uprising against the Ottoman Turks in 1917 during World War One.

He died six days after the crash, aged 46.

But Dennis Fletcher, 89, brother of one of the boys involved in the crash, said: “People are going over the same old ground looking for some-one to blame.

"Whatever they’re trying to find is not there."

Lawrence suffered severe lacerations and damage to the brain when his unprotected head hit the ground.

Dr Hugh Cairns, who did his postmortem, led work into crash helmets, which the Army wore from 1941 but only became compulsory for all bikers in 1973.

Previous : School bus carrying 6 children crashes into woods after driver suffers medical emergency
Next : Amazon driver who had heart attack at wheel saved by two lifeguards in car behind