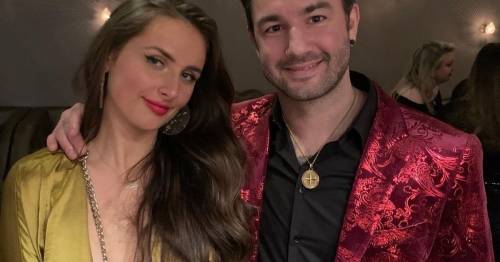 Law firm of rude diners who harassed and humiliated waitress before £1,000 bill named

A law firm has launched an investigation after a livid chef gave a £1,000 bill from customers to his waitress after they disrespected her.

Chef at Cardiff based restaurant Cora, Lee Skeet, said he was taking a stand against "rich people who think they can treat people like crap."

The firm now says it is investigating the claims after the restaurant owner and chef Lee Skeet gave the £1,000 sum from the bill to his waitress in a stand against 'rich people'.

Lee ended up giving the £1k bill to Lily
(

Despite it being the largest bill he'd ever seen at his restaurant, Lee he wanted to call out the group's unacceptable behaviour.

Ince, which is based in offices around Europe, the Middle East and Asia, including a legal office on Charles Street, Cardiff, said it has now opened an investigation.

A spokesperson for the company said: “We have been made aware of allegations in the media in relation to senior staff attending a dinner on Wednesday evening last week.

It happened at Cora restaurant in Cardiff
(

"The independent directors have therefore initiated a formal investigation. While it is ongoing it would be inappropriate to comment further.”

Lee had first made the incident public last Wednesday (May 4) when he posted an email on twitter explaining that he intended to return the group's bill for their actions.

He later then decided not to return the money, giving the entire sum instead to waitress Lily who has worked at the restaurant for six months.

Speaking to BBC Radio Wales Drive last week, Lily said she was "proud" of her boss for "calling out rich people".

She said: "I have a lot of support. I'm lucky in the fact that my boss has backed me up.

"I already respected him before but I respect him a lot more now that he's not accepted that kind of behaviour that hospitality workers, speaking from experience, have always endured.

"It's not acceptable and it's about time that people like Lee have made a massive deal about it and not accepted it and not welcomed that behaviour again, stopping the chain of events.

"My mum and my sister are both in the industry and we experience a lot of power dynamics, particularly with men. The majority of the table were men in suits,

"You don't need to be a man in a suit for respect – it's a mutual thing. Everyone deserves respect.

"Just because I'm a young lady in the restaurant manager role it doesn't mean that I deserve any less respect and I won't tolerate it – and neither will Lee."

Previous : The Ontario party leaders’ political baggage is about to be front and centre on debate stage
Next : Police hunt ‘crazed’ Staffie after boy, 9, almost has lip torn off in savage mauling