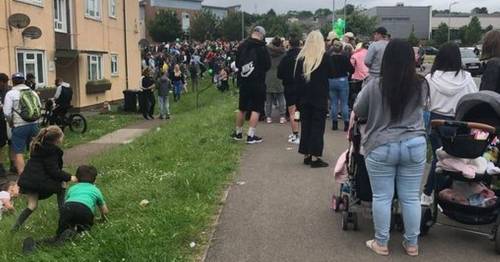 Police are dealing with a major disturbance at the scene of a man's death less than 24 hours after a murder investigation was launched.

Emergency services were called to Balfe Road, Alway, Newport at around 9.05pm on Thursday after a man was found unconscious and unresponsive.

A 26-year-old man was pronounced dead, later named locally as Ryan O'Connor, and tributes from residents, family and friends have already been put up at the scene, Wales Online reports.

A murder investigation was launched and five people – three men, aged 18 and 19, and two 17-year-old boys – are currently in police custody after they were arrested on suspicion of murder. 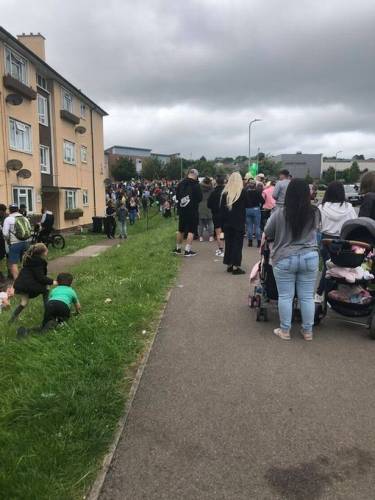 A crowd had gathered to pay tribute
(Image: walesonline WS)

Scenes in the Alway area of Newport tonight showed police officers trying to control a crowd of at least 50 people with fights breaking out among sections of the crowd.

It is understood people had gathered to pay their respects to Mr O'Connor, but sections of the crowd appear to have turned violent.

Images and video from the scene reportedly showed one man on the ground while another was seen running away before being wrestled to the floor by several police officers. 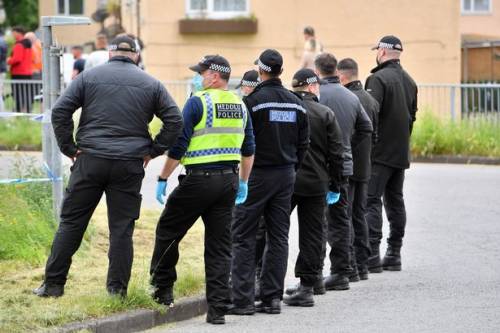 Police at the scene in Alway, Newport
(Image: Media Wales) 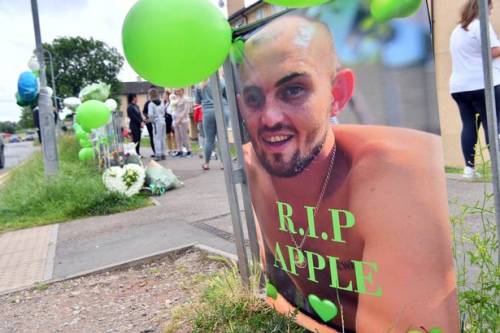 Two men were also seen running after each other, grabbing each other and fighting before being restrained by police.

Others were heard shouting and screaming among sections of the crowd while some were seen standing on walls and running away. 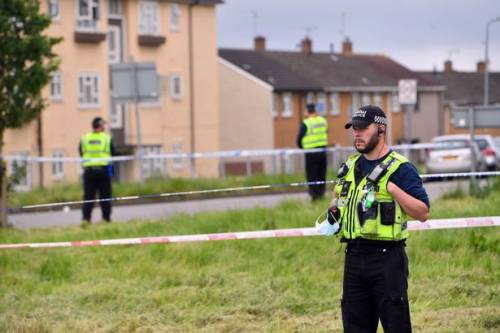 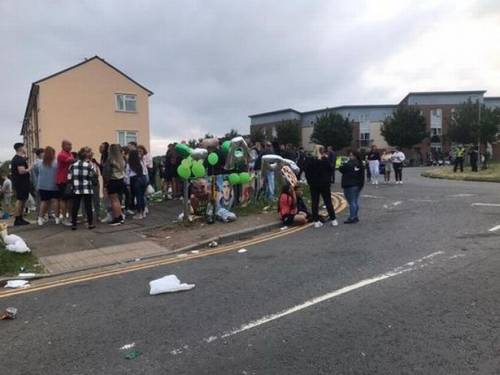 There are several police officers on the scene, with a witness saying there are as many as 30 police cars.

Police at the scene have said a dispersal order is in place.

Tributes to Ryan O'Connor, known by many as Apple, are visible nearby.