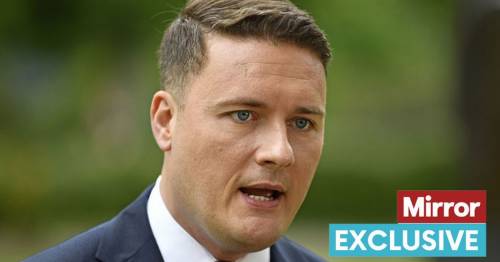 Wes Streeting has vowed to fight to pull children out of “Victorian poverty”.

The Shadow Health Secretary, who grew up on a council estate, said Boris Johnson and those around him “do not know what life is like for most people”.

Last week Mr Streeting, 39, told pupils in his Ilford North constituency how a poor childhood in Stepney, East London, had fuelled his desire to be an MP.

He says children in his patch are growing up in worse conditions than he did in the 1980s.

“We had a council flat, these kids are in temporary accommodation pushed from pillar to post,” he said.

“I went to the same primary and secondary, these kids are being shunted from school to school as their parents are moving.

"My mum had a big support network, family, across the East End which meant when the electric meter ran out or when the fridge was empty, there was usually someone who was able to help out.

"A lot of families don’t have those extended networks around them anymore.”

Mr Streeting accused the Tories of failing to tackle the inequalities facing children saying if kids grow up poor, hungry and unhealthy they suffer into later life.

NHS England figures show 350,000 kids were waiting for paediatric care in April, a rise of 82,000 since last June.

He said data suggesting poorer children are shorter showed them “experiencing Victorian poverty that’s leading to Victorian outcomes in terms of basic things like their height”.

Mr Streeting also tore into the PM for refusing to widen eligibility for free school meals and vowed to make tackling child poverty a Labour priority.

In an interview with the Mirror, he described being moved to tears by meeting a 10-year-old boy at a school in his constituency, who was living in a single room bedsit with his mum and his two brothers.

“I had to sit there explaining to a 10-year-old boy that I’d had something that I can’t give to him.

“How do you tell a 10-year-old boy, he’s living in a bedsit with his two brothers and mum, and there’s nothing I can do about it for months.”

Mr Streeting accused the Tories of failing to tackle the inequalities facing children coming out of the pandemic, which led to disruption to education, pressures on family budgets and long waits for NHS treatment.

“We’re storing up really big problems for the future for these kids,” he said.

He added: “At the moment I don’t think we are seeing anything like the scale of recovery needed.”

He said it was “obscene” that children were being plunged into hardship under the Tories, pointing to analysis by the Resolution Foundation after the Chancellor’s Spring Statement in March that showed 1.3million Brits including half a million children will be dragged below the poverty line.

Mr Streeting said: “It’s not that Boris Johnson goes into work every day thinking ‘how do I plunge more kids into poverty’.

“It’s that he and the people around him do not know what life is like for most people in this country, let alone people who have it the hardest.

He said there was no comparison between Labour’s offer and the Tory record.

“I think that’s partly because Bridget [Shadow Education Secretary Bridget Phillipson] and I both come from very poor working class families and we just know that we would not be where we are today in the position we have, were it not for a great state education, were it not for the support that we had in terms of our wellbeing when we were growing up.”

He tore into the Prime Minister for ignoring recommendations from his own food tsar Henry Dimbleby to widen eligibility for free school meals.

“It’s bad enough to say we’ve had enough of experts but it’s particularly worrying when the country’s governed by idiots,” he said.

“What more do they need, what more evidence do they need to understand the consequences of allowing child poverty to rise and what that does for the life chances and opportunities of those children? What it does to the cost that we will all bear as a society because we’re failing to invest in those children and their futures.”

He pledged to parents that he would make tackling child poverty a priority if Labour returned to Government.

“[The last Labour Government] had an ambition to end child poverty by 2020 and we are now two years into that decade and child poverty has risen by half a million," he said.

"Don’t tell me there isn’t a difference between Labour and the Conservatives, that we’re all the same, that politics doesn’t make any difference.”

Previous : Prince Andrew should be stripped of Duke of York title, urges Labour MP
Next : Rail strikes: Teachers and nurses may join train workers in next stage of walkouts