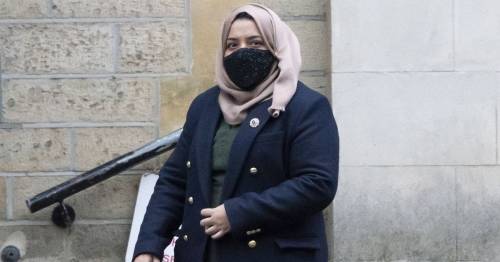 Labour MP used her connections to ‘jump the queue’ and get a studio flat, court hears

An MP who used her connections to "jump the queue" to get a studio flat defrauded Tower Hamlets council for housing benefit, a court has heard.

Apsana Begum, 31, the MP for Poplar and Limehouse in east London, used her contracts as a council housing advisor, jurors were told.

The council alleges housing her cost £63,928 in rent during that time.

The prosecution says that while the MP did inform the council of changes to her circumstances, she did so to the wrong department.

Ms Begum, who sat in the dock at Snaresbrook Crown Court, spoke only to confirm her name and enter her not guilty plea.

"She remained on the register until March 7, 2016 when she was awarded the tenancy of a studio flat.

"The basis of her application was that she was living in overcrowded conditions in her family home.

"In making the application, Ms Begum was under an ongoing duty to inform the relevant department of London Borough of Tower Hamlets of any changes in her circumstances.

"The Prosecution case is that over three distinct periods of time, Ms Begum deliberately and dishonestly did not inform London Borough Tower Hamlets Housing Options of significant changes in her circumstances.

"The Prosecution say the reason she didn't tell London Borough of Tower Hamlets Housing Options was that she knew that, if she did, it would negatively affect her application.

"She withheld the information in order to gain a social housing tenancy. The defence response, in a sentence, is that at no point was she acting dishonestly.

"She said she kept London Borough of Tower Hamlets informed as best she could, including whilst going through some difficult moments in her life, including in relation to her family and partner."

Mr Marsland said the politician before she was a sitting MP, worked at the council between 2013 and 2016 and so was aware of the banding system and how she was able to manipulate it to "jump the queue."

He said: "Ms Begum worked for Tower Hamlets Homes, a public organisation set up specifically to work with London Borough of Tower Hamlets in relation to social housing.

She used her connections as a council housing advisor to 'jump the queue', the court heard
(

"Ms Begum work in roles including as a housing advisor.

"The position of housing advisor was to provide a first point of contact for residents contacting Tower Hamlets Homes.

"The prosecution say that, in undertaking that role, Ms Begum must have had a good understanding of the social housing system and how it operated.

"Indeed, investigation into her work email accounts held with London Borough of Tower Hamlets showed examples of her working in relation to queries specifically related to banding, including overcrowding, as early as 2012."

A supporter of former Labour leader Jeremy Corbyn and Momentum, she has spoken in Parliament about the impact of coronavirus on ethnic minorities and sits on the Commons education committee.

She is also notable for being the chair of an all-party committee on domestic abuse and violence and has spoken in the House of Commons about being a survivor.