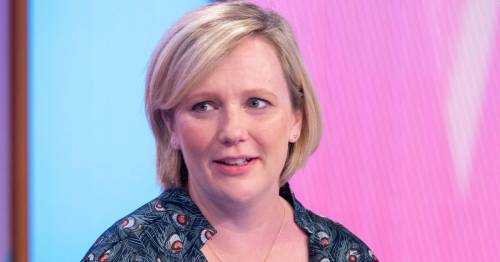 Labour’s Stella Creasy was threatened with gang rape during a two-year campaign of sexual harassment at Cambridge University, she has revealed.

The MP said college authorities "admonished" her instead of punishing the abusers when she made the complaint after running for a student council role.

She said a culture of "privilege and entitlement" is behind the string of allegations of misconduct that politicians have been sharing recently.

And she warned the problem is not unique to Parliament.

Ms Creasy, now 45, said she remains "terrified" of seeing the men, who have gone on to become doctors, civil servants and "high-fliers".

The MP said her first experience of sexual harassment was during her first year at Magdalene College, Cambridge.

She said it lasted from 1996 to 1998 and included a campaign of abusive posters when she ran for the role of president of the college's student council.

Ms Creasy told GB News: "I'll never forget the night that I was in a room with them all and they threatened to gang rape me.

“Let alone the posters that they put up around the college when I had the temerity to stand for a position in the student union, telling people not to vote for me because of who I'd slept with, and that happened at a Cambridge college."

She said sexual harassment remains a major issue in universities, adding: "I tell you that because I think that culture isn't unique to Parliament, where there's privilege and entitlement, and, frankly, it's always the men that people think are least likely to do it who are involved in it."

In the interview with broadcaster and former Labour MP Gloria De Piero, Ms Creasy said she was reprimanded by college authorities rather than them taking action against the individuals involved.

"I was held up and I was admonished by the college authorities at the time because they chose to believe the idea that I was probably 'a wronged woman'," Ms Creasy said.

Stella Creasy at an election count with her young child
(

"And, as I say, it took public humiliation, and posters, and finally other people coming forward, and me collating the evidence – of all the notes, the spitting in my room, the rubbish that was thrown at me, the sexual abuse and harassment if I tried to walk into the bar, that came from this group of young men.

"I'm in my mid-40s now and it's the first time I've really felt even willing to talk about it.

"It was terrifying at the time, I'm terrified I'll ever run into those young men again.

"And I say that because, several years after I left university, I did exactly that – I walked into a bar and they were all sat there, and I collapsed inside and left as soon as I could."

She later added that she was accused of trying to cause trouble for the men involved when she complained to a college admissions tutor, during her time studying social and political sciences.

Ms Creasy, a prominent campaigner for women's rights including fighting for maternity leave for MPs, who entered the Commons in 2010, has said the abuse will always affect her.

"But one of the things I want to say to women who have experienced those things in life and to the women in Parliament now, is that you will find allies, you will find those of us prepared to stand with you because we know what it's like, we know how hard it is and we know the impact it can have on you," she added.

Cambridge University has been contacted with a request for comment.

Previous : Boris Johnson issued with THIRD warning from stats watchdog over making false claims
Next : “Il Buco,” Reviewed: The Banal and the Sublime in a Cave of Wonders