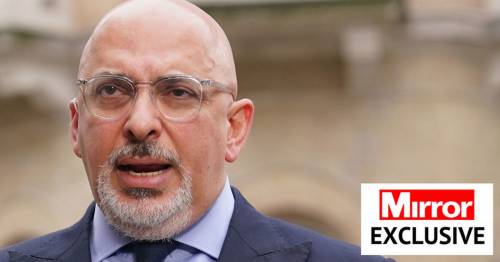 Labour is calling for a probe into whether Vaccines Minister Nadhim Zahawi fully declared details of his family’s £100m property empire as required by the Ministerial Code.

The Mirror revealed on Sunday a company owned by his wife bought the £3.5m Chunnel industrial estate near the Eurotunnel station in Kent in December.

This was days before the Government secured a Brexit trade deal and after Mr Zahawi, who is also Business Minister, played a leading role in preparing companies for the changes.

An ex-chairman of the Comm­ittee on Standards in Public Life, Sir Alastair Graham, said it is a “potential conflict of interest and should have been fully declared”. 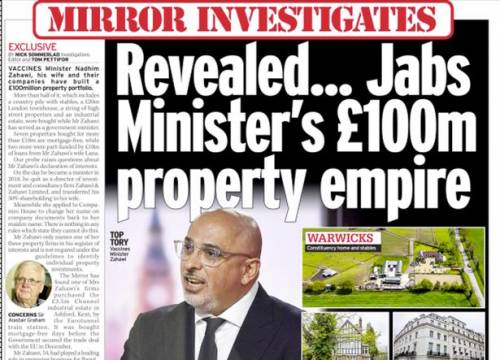 Labour ’s chair Anneliese Dodds has now told the Prime Minister’s independent adviser on ministers’ interests: “These reports raise serious questions about whether there was a conflict of interest between Mr Zahawi’s duties to the Government and his private financial interests.”

She has asked for a probe into “whether [he] broke the Ministerial Code by failing to declare these interests appropriately”.

She told the Mirror the PM and the Cabinet “treat the Ministerial Code with contempt”.

Mr Zahawi, who did not respond to Mirror questions about his wife’s companies, transferred his stake in one of them, Zahawi & Zahawi Ltd, in 2018 when he became a minister.

The Mirror found the couple’s property portfolio included £50m in commercial property bought since that time.

His published declaration of ministers’ interests says his wife is “director of several limited companies, including Zahawi & Zahawi Ltd, which own… property”.

It does not name the other firms.