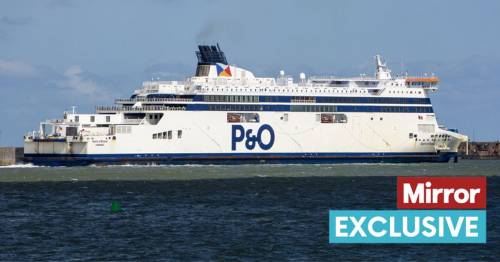 Labour has demanded a watchdog probe into the billionaire owners of P&O ferries who helped fund £147m of golf sponsorship – despite a £146m pensions deficit.

The Mirror revealed this month how the logistics firm DP World had failed to stump up the cash, yet put towards £147m prize money to sponsor the 2022 European Golf Tour.

Mr Rodda told the regulator the behaviour was “deeply inappropriate”, adding: “I believe that the company may have broken pension rules both by leaving this very large debt unpaid and by its wider conduct”.

And he warned the behaviour towards tens of thousands of former ferry workers risks “setting a precedent” for other firms to do the same.

“This conduct seems to fall below the standard expected of a leading British company”, he added.

DP World, the owners of P&O ferries, were criticised for sponsoring a golf tour (file photo)
(

“Pensioners and staff in the shipping industry deserve to be protected, they work long hours at sea and in all weathers for modest pay.

He added: “If you do not believe you hold the power to investigate this conduct, I would seek your view as to whether Government can do more to protect hard working people’s pensions and ensure that pension debt is successfully paid to pension schemes.”

DP World is one of the globe's biggest port operators. It is majority-owned by the Dubai Sovereign Wealth Fund and, therefore, ultimately by the Dubai Royal Family.

The company declined to comment but has not previously disputed the figures.

The firm is thought to have paid more than £80m into the pension pot since 2016.

Previous : Sweden to withdraw from French-led special forces mission in Mali – minister
Next : Boris Johnson’s ‘apology’ translated as legal expert says it will get ‘laughed out of court’