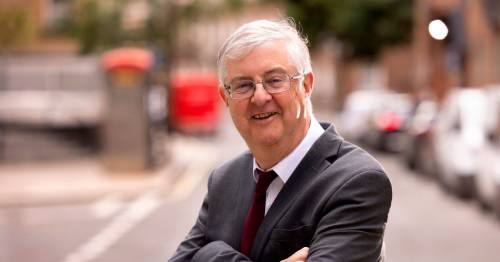 This year Labour marks a historic centenary – the first time it won an election in a corner of the UK.

And since topping the polls in Wales in the November 1922 general election, it has never not been the biggest party in a general election for Westminster or an Assembly – now Senedd – ballot for Cardiff Bay.

It is a record the First Minister and Welsh Labour leader Mark Drakeford is keen to trumpet.

“In November 1922 there was a general election and, for the first time, Labour won a majority of seats in Wales,” he said.

“That starts a century of the relationship between people in Wales and the Labour Party, because we have never not been in that lead position ever since.

“That’s a remarkable record really, and we think it’s one worth celebrating.

“But for us it’s not just about looking backwards, it’s about using the anniversary to create a platform that allows us to continue to have that relationship with people in Wales into the future.”

There have of course been setbacks in the bond: the voting system for Senedd elections means that while Labour has always been the biggest party, it has sometimes had to share power with the nationalists and Lib Dems.

And in the 1983 general election, Labour-held seats fell to the Tories in a Conservative landslide – as they did again in the December 2019 ballot where Boris Johnson romped to victory in the UK.

Other less celebrated episodes include accusations the UK party “parachuted” in Tony Blair ’s choice for First Secretary in the first Assembly in 1999 – overriding local demands for a different candidate.

And some Labour voters in Wales still resent Blair as Prime Minister privately fuming about the “f****** Welsh” as he watched election results on television in 1999, and saw Plaid Cymru doing better than expected.

But by and large the relationship has proved solid.

Speaking exclusively to the Mirror to commemorate the looming anniversary of that first win, Mr Drakeford explained why – unlike with the UK-wide party – Welsh voters have never deserted Labour.

“There is the nature of Wales – Wales is a working class country,” he said.

“In some ways Wales is a natural Labour country because of our history and the importance of industry and the trade union movement.

“But I think it’s more than just that – it’s also because of the hard work that has gone on successively never to take any votes for Labour for granted.”

He pins the century of success on the Welsh party staying “true to its fundamental principles and values while always finding ways to apply those principles to the challenges of the time”.

Wales has also provided the party with some of its biggest beasts over the past century.

NHS founder Nye Bevan, who was Health Minister from 1945 to 1951, was born in Tredegar and represented Ebbw Vale.

Welshman Nye Bevan was a huge figure in Labour
(

Scotsman Keir Hardie, one of Labour’s founders and its first leader, was MP for Merthyr Tydfil for 15 years.

And Neil Kinnock, who plotted the party’s path back to power after the 1983 election disaster and pave dthe way for Tony Blair’s 1997 landslide victory, led Labour for nine years while representing Islwyn, previously Bedwellty.

Mr Drakeford said the “authentic voice of Labour has sustained for over 100 years in Wales”.

Asked if he would describe the country – with an industrial heritage built on coal mining and steel production – as a “socialist nation”, he replied: “I would.

“If you take the essence of socialism to be that we are a country where people want to look out for one another – that sense of social solidarity – and a nation where people believe that collective solutions to common problems are the best way of solving them rather than setting people against each other through competition … then I think those basic beliefs, instinctive values, remain true in Wales.”

At the 2019 election, the Tories gained six seats from Labour in Wales following a national campaign dominated by the Conservative vow to “Get Brexit Done” and with UK Labour led by Jeremy Corbyn.

Mr Drakeford does not believe those voters who switched to the Tories are lost for good.

“They were very clear in the focus group work we did that they had loaned their votes to another party – it was not a life-changing experience, it was not that they had suddenly crossed a rubicon and become a Tory,” he said.

“They had lent that party their vote for particular reasons and they were willing to come back to Labour.

Boris Johnson triumphed in 2019, including seizing a string of seats from Labour in Wales
(

“They weren’t just going to come back without being asked or without having the case made to them, but they were open to it.

“If they felt that Labour was now saying things to them and speaking with them in a way that they could feel comfortable with, they were very open to coming back.”

Wales is yet to show the same appetite for independence as Scotland, and a referendum looks a long way off.

But support for separation from the UK is growing – fuelled by a renewed push on the Welsh language, the patriotism that comes with sporting success and often a lingering resentment that while voters in Wales do not return Tory majorities, they are often lumbered with a Conservative government at Westminster.

Last November, Labour and nationalists Plaid Cymru signed a three-year “cooperation deal” which would include increasing the number of Senedd Members from 60 to 100, overhauling the voting system and seeking advice on hitting a net-zero emissions target of 2050.

The Senedd is due to be expanded
(

Crucially, it could embed support for left-wing policies and further sideline right-wing politicians.

“What I think they want is a system in which as many decisions as are sensible are taken as close to them as possible,” he said.

“They still in a conversation understand the advantages you can get from being in a wider United Kingdom – but particularly from a Welsh perspective, a United Kingdom that will display some of those Labour values.”

Mark Drakeford has previously declared he would not serve a full term as First Minister and indicated he would step down around the time of his 70th birthday.

He has suggested he would announce a timetable for his departure in the second half of the Senedd term – so from some point next year.

Speaking to the Mirror, he continued to resist invitations to be more specific about an exit date.

“It was always my hope that I would be able to take us through the (2021 Senedd) election, establish the arrangements that were necessary to make a success of this term,” said Mr Drakeford, who turns 70 in September 2024.

“We’ve got a hugely radical programme that we want to take through this Senedd term and I want to make sure I’ve played my part in getting those radical policies well underway, and then the point will come when it will be right for somebody who’s going to be here beyond this term to carry on doing the job.”

Previous : Russian fighter jet crashes into ground in burning wreck close to Ukrainian border – World News
Next : Labour ‘doesn’t appear to like people who vote Labour in some areas’