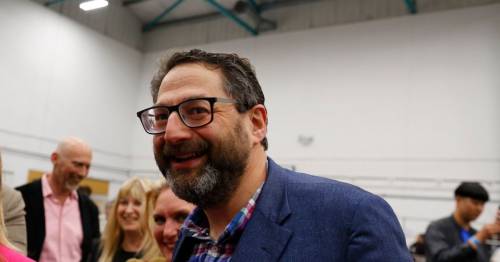 A Labour councillor unexpectedly won his seat while sleeping and had to be woken up to get to the count, according to reports.

Adrian Cohen had reportedly done "no campaigning" ahead of the Camden Council election and was shocked when he gained the Conservative stronghold of Hampstead Town.

He was reportedly asleep when the shock result was announced and later walked into the count hall in the early hours of the morning to loud cheers from supporters.

Mr Cohen has become the first ever Labour candidate to win the ward.

Speaking to the Ham and High newspaper, Mr Cohen said: "I wanted to help the party by standing.

"I want to bring residents' concerns to the heart of the council because there hasn't been a Labour councillor to give voice to their particular concerns."

Asked how he found out he might actually win, Mr Cohen told Richard Osley, a journalist at the Camden New Journal at 4am today: “I woke up – and saw your tweet.”

Mr Osley tweeted: "A tweet worth reheating from four hours ago…

"Paper candidate Adrian Cohen ends up winning for Labour in Hampstead Town and had to be woken from his bed to get to the count.

"He styled it out very well and ended up coming into the count hall to loud cheers."

A follow up tweet said: "So close in what is supposed to be Tory stronghold in Hampstead Town.

"Labour may even have won a seat and have to get their candidate out of bed in time be here for a declaration.

"They didn’t do any work so candidate was told he wouldn’t be needed here."

This comes as a Labour MP said the Conservatives "threw the kitchen sink" at Sunderland Council, and still did not manage to gain it from Labour.

Speaking after Labour retained control of the council, Hampstead and Kilburn MP Tulip Siddiq told Sky News: "I am delighted to see the Sunderland result, mostly because speaking to MPs who are connected to Sunderland from the Labour Party… and local activists, the Conservatives have thrown the kitchen sink at it.

Boris Johnson and the Chancellor Rishi Sunak both visited Sunderland on the campaign trail.

Previous : How does Stormont power-sharing work and what election results could mean for the UK
Next : Lewis Hamilton makes Miami GP boycott threat as row with F1 bosses over jewellery goes on