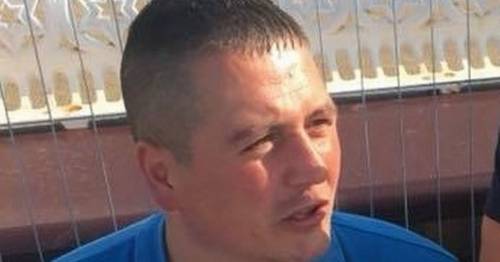 A knifeman who tried to murder his love rival and 'chop his d*** off' in a horrifying attack was found guilty of attempted murder.

James Cunliffe, 33, barged his way into a house and repeatedly stabbed the man in a rage after he saw his ex-girlfriend with the victim at the property in Leigh, Greater Manchester.

Cunliffe rugby tackled the man when he answered the door before going to the kitchen to grab a knife, Manchester Evening News reports.

He suffered a punctured lung and wounds to his head, arm and groin, as well as injuries to his testicles.

Cunliffe, who was drenched in a bloody T-shirt, went to his uncle's house after the attack.

Cunliffe then told his uncle: "I’ve just stabbed him up."

He washed his hands and put on a fresh shirt, before adding: "I’m going to the shop for some cans, I’ll see you in ten years."

During the trial, Cunliffe claimed he didn't intend to kill the man, with his barrister describing the attack as "spontaneous".

Manchester Crown Court heard that there was "bad blood" between the two men.

Cunliffe had known the woman for about two years, but before the attack, they had fallen out.

A restraining order had previously been imposed to stop Cunliffe from seeing her but it had been "largely ignored".

Cunliffe said he went to the house at about 7.30pm to pick up some clothes where his ex and the victim were drinking and listening to music.

In a text message to her before the attack, Cunliffe said: "Trust me, I'm capable of a life sentence, so don't f****** wind me up."

His victim said he feared that he was going to die after Cunliffe armed himself with a knife.

He said: "I thought 'this is real this, he is going to kill me here'."

The victim spent four days in the hospital, and prosecutors said he was "lucky not to have been killed".

He said he'd only met Cunliffe twice, but that the pair had messaged each other.

Cunliffe will be sentenced next month.