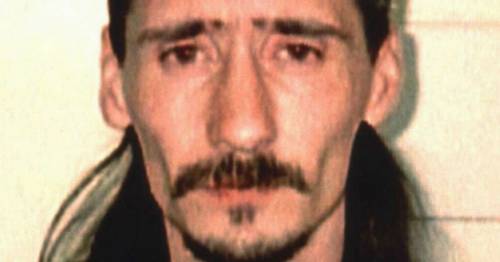 Killer who executed partner and her 4 kids ‘must never be freed’, victim’s brother warns

A man who executed his partner and her four kids in one of Britain's most horrific mass killings must never be released on parole, the victim's devastated brother says.

Evil Lee Ford bludgeoned his wife with a rounders bat and then garrotted her and his four stepkids with a rope in a horrifying killing spree in 2000.

Ford was given five life sentences for murder in May 2001, to serve 27 years', meaning he is not eligible for parole until October 2027.

But he could be referred to the Parole Board for a pre-tariff review in 2025 to assess whether he's suitable to be moved to an open prison ahead of his potential later release.

Leslie's brother Peter Wyatt, 55, and his ex-wife Nicki Budden, 49, are sickened by the prospect of Ford soon, or ever, walking free – fearing he will come after their family.

They have now started a petition to the Government calling for him to "stay in prison for the rest of his life", which has been signed by about 13,000 people.

Peter, who lives near Blandford in Dorset, said: "It's not long enough.

"I don't see how he is fit to be released – how is anyone after killing five people, four innocent kids?

"He has never shown any remorse, from what we've been told about, since the day he went into prison.

"He is going to be 60 when he gets out. He has still got a life and could make a life, it's not fair.

"We have not had a life since, it is on our minds and hurting all the time – we have suffered more than him."

"He brought those kids up for 11 years and then killed them.

"He was their father in some ways, their person they trusted to keep them safe.

"And I can't see how the justice system works that way where a stranger killing is worse than killing someone you know, I think it should be the other way round if anything.

"It would be different if it was a fit of rage but it wasn't.

Leslie and her eldest child Sarah-Jane in the hospital
(

"He beat my sister with a baseball bat and then went and made her a cup of tea and some aspirins for her headache and she was sitting in the bedroom in the corner bleeding.

"Then he went out to the garage, found a piece of rope and killed her."

Ford garroted his wife and four children over a 24-hour period at their home in Carnkie, Cornwall.

The massacre came after Leslie discovered he'd been involved in a controlling, sexual relationship with her eldest daughter Sarah-Jane.

He was "openly and forcefully" jealous of Sarah-Jane hanging out with boys her age, Bristol Crown Court heard in 2001.

The sicko buried their bodies in the woodshed at the bottom of their garden – later reburying Sarah-Jane and Anne-Marie in a field four miles away.

Peter and Nicki were married when the killings occurred and say the fallout from the atrocity contributed to their divorce – though they remain close.

The couple had two kids together but their son sadly died five years ago, aged 19.

Nicki added: "From my point of view, I'm quite frightened because when this blew up it was Peter who reported Leslie and the children missing and started the investigation.

"How do I know he won't come after us and our child?

"He knows our house, he has been there."

Peter, a forklift driver, added: "I think if there is anybody he is going to come after it would be me, if he is released."

In the petition, Nicki writes: "The effect their deaths had on anyone that knew them was catastrophic.

"From family to all their school friends.

Ford was given five life sentences for murder in May 2001, to serve 27 years’, meaning he is not eligible for parole until October 2027
(

"He has never given a reason as to why he did what he did or when he actually committed the murders, we don't even have a day that we can commemorate.

"He also shows no remorse. We feel if he were released he would still be a danger to the public.

"In the eyes of the law familial crime is not judged the same as stranger killing.

"In my opinion it's worse as the person who you loved and trusted the most commits the ultimate betrayal."

Only one in four prisoners reviewed by the Parole Board are deemed low enough risk to be released, meaning the majority are kept behind, it's understood.

Some life sentence prisoners can be referred to the Parole Board two years before their tariff is due to expire to assess if they should be moved to an open prison to prepare them for release in the coming years.

This is known as a pre-tariff review but it does not happen in every case and is decided on an individual basis.

The Parole Board can only grant release after the prisoner's minimum tariff has been served and only then if their risk has reduced enough that they can be safely managed by Probation in the community.

A MoJ spokesperson said: "Our sympathy and thoughts remain with [the] family.

"While sentences are decided by independent judges, offenders are only freed if the Parole Board agrees they can be safely managed in the community and are subject to strict licence conditions including who they can see and where they can go."