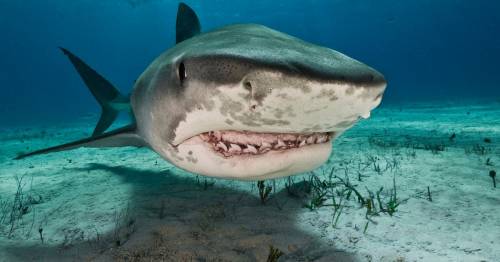 Killer sharks could be heading to British waters due to global warming, warns new research.

The study shows that the migration patterns of tiger sharks – second only to great whites in recorded fatal attacks on humans – are moving northwards as a result of climate change.

Researchers say the altered patterns have shifted the species' movements outside of protected areas, leaving the sharks more vulnerable to commercial fishing.

The study, led by scientists at the University of Miami (UM) Rosenstiel School of Marine and Atmospheric Science, revealed that the locations and timing of tiger shark movement in the western North Atlantic Ocean have changed as a result of rising ocean temperatures.

The sharks have become more vulnerable to commercial fishing
(

Scientists explained that the march of tiger sharks, the largest cold-blooded apex predator in tropical and warm-temperate seas, are constrained by the need to stay in warm waters.

While waters off the US northeast coastline have historically been too cold for tiger sharks, temperatures have warmed significantly in recent years making them suitable for the predator.

While waters off the US northeast coastline have historically been too cold for tiger sharks, temperatures have warmed significantly in recent years making them suitable for the predator
(

“These results have consequences for tiger shark conservation, since shifts in their movements outside of marine protected areas may leave them more vulnerable to commercial fishing.”

The study found that during the last decade, when ocean temperatures were the warmest on record, for every one-degree Celsius increase in water temperatures above average, tiger shark migrations extended farther poleward by roughly 250 miles and sharks also migrated about 14 days earlier to waters off the US north eastern coast.

The results may have greater ecosystem implications, according to the researchers.

Prof Hammerschlag added: "Given their role as apex predators, these changes to tiger shark movements may alter predator-prey interactions, leading to ecological imbalances, and more frequent encounters with humans."

The findings were published in the journal Global Change Biology.