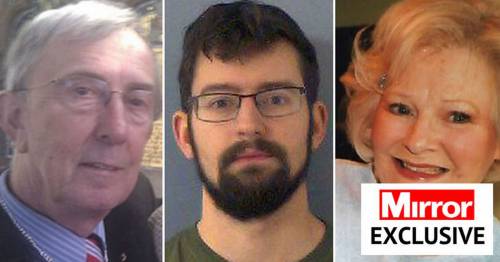 The chilling case of Ben Field, who killed an author and deceived lovers in a twisted campaign of lies, has been likened to a real-life Agatha Christie plot.

The evil church warden, 30, was jailed in 2019 for the murder of Peter Farquhar, 69, whom he duped into a fake relationship and persuaded to change his will, before drugging him with a cocktail of pills.

He also admitted entering into a false love affair with Peter's neighbour, Ann Moore-Martin, 83, who died of natural causes in their village of Maids Moreton, Buckinghamshire, in 2017.

During his trial, the harrowing extent of Field's sick games was revealed, as his string of lovers was uncovered and even a list of 100 'future victims'.

In his new book Let Us Prey, available on Audible, crime writer David James Smith journeys into his dark mind and the diary entries where he fantasised about smothering the entire neighbourhood.

One of the only journalists allowed to interview White House Farm killer Jeremy Bamber in prison, Smith here tells how Field is more "breathtakingly wicked" than any murderer he has ever covered.

'Not your ordinary murderous psychopath'

Nothing much had ever happened in Maids Moreton before Ben Field arrived and began deceiving and killings its residents.

A genteel Home Counties village on the outskirts of Buckingham, Maids Moreton was home to retired teachers Peter Farquhar, in his sixties, and Ann Moore-Martin, who was in her eighties. 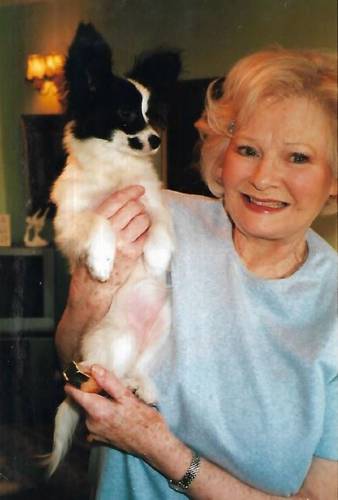 Field also manipulated Ann Moore-Martin, 83, with whom he was also in a fake relationship
(Image: PA)

Ann was born the same year as my own mother, in 1933, which gave a mind-boggling twist to key moments of the killer's trial.

This included the disclosure that she had begun (what she believed to be) a loving, intimate relationship with Field, who was 57 years her junior.

Field was in his mid twenties. At one point during their romance, he raised his phone over his head and captured a photo of Ann as she performed a sex act on him – later noting the moment bluntly in his diary.

He would be asked in court, 'did you find Ann sexually attractive?' No, he said. But Field was indiscriminate.

He had a lot of sex with a lot of different people – quite a few of whom he claimed to be in love with, at the same time.

Field was convicted of murdering Peter, but he was not your ordinary murderous psychopath.

Not for him the explosive act of savage violence, the bloody corpse. He was the quiet killer.

He almost certainly gently suffocated Peter at the moment of his death in October 2015 after first priming him with drugs and alcohol.

He surely would have done the same with Ann too, given the chance. But life outwitted him – she became ill after a seizure and died soon after, following a massive stroke.

Ann was not spared the cruel humiliation, however, that Field had heaped upon her: gaslighting and conning her at every step; pretending to love her when he really felt nothing towards her; pretending he loved her house and hoped to live in it when she was no longer around.

Both Peter and Ann changed their wills to favour Field. Peter disinherited his brother and his family, and Ann disinherited her niece. 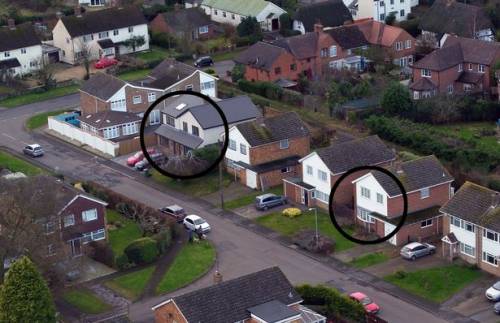 You might think Field was motivated by money, but I would say that was wrong.

He was driven by the bloodless sport of malice and degradation that he inflicted on those two old people who fell for him, for the person they thought he was.

Field tricked them. He tricked everyone around him.

They thought he was charming and likeable, as well as very witty and clever, and found it almost unbelievable when they heard he was suspected of murder. The local vicar who knew Field was said to have had a breakdown.

As the psychiatrists who examined him after his arrest would confirm, Field was a psychopath, suffering from a Narcissistic Personality Disorder.

Incapable of ordinary human emotions such as empathy, he observed those qualities in others and copied them for himself. He was all a pretence.

The real, secret Ben Field was exposed in his own notes and diaries.

He wrote that he could go for a late night stroll around Maids Moreton “suffocating or beating neighbours and have 50 in one night…”.

He wrote that he fantasised about hitting Peter with a hammer, which led to a darkly comic exchange in court.

Asked where he imagined hitting him, he said in Peter’s house. When the lawyer clarified that he meant where on the body, Field replied: “I suppose I was thinking on his head."

Field referred to his patter of lies as 'snaketalking' and described his antics as “the ruse cruise” or “being on manoeuvres”.

He was living a life of “interiority”, he said, which meant “living inside your own head as an authentic self, absent from others, having no true interaction with others, being instead an ironic spectator on your own life".

In my new book, Let Us Prey, I liken Field to the eponymous hero of a 1970s cult classic novel, The Diceman, in which the protagonist makes life decisions on the roll of a dice and so starts acting without any regard for law or morality.

Field was like that. He studied Machiavelli and did things, he said, because he could, because it pleased him to outsmart others and because he derived pleasure in inflicting cruelty and humiliation. 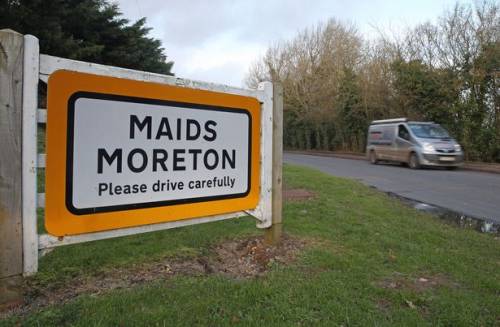 The case in the quiet village of Maids Moreton was compared to a plot from Midsummer Murders
(Image: PA)

He was in relationships with Lara Busby and Nina Eriksen-Grey during the same period, and had one-off sex with various men he met on Craig’s List and Grindr.

He had sex with Victoria Anderson, a friend of Dr Pracha, on the lecturer's sofa, while she was out.

When he was rumbled by Dr Pracha – through an email sent to her by Victoria sometime after the event – she accused Field of desecrating her home.

She said she had known he was a risk because of his “wolfish” nature. She had hoped he would recognise in her the real thing.

“The game fails, Ben,” she told him. “No one cares for these dice.” Apparently, Field did use to carry two dice around in his pocket and used them to amuse Dr Pracha's son, among others.

She sent him packing, with this parting shot: “Good luck, Mr Wolf, stay clever and cute and don’t get caught next time or perhaps one day they will shoot you.”

'I have never come across a killer as wicked'

Within a few weeks of this exchange, in 2017, Ann Moore-Martin would fall ill, and the police would be informed for the first time that Field was up to no good.

Peter Farquhar had been dead for two years by then, no one ever suspecting at the time that he might have been murdered.

The evidence that he had been drugged before being killed lay in the samples of head hair that Thames Valley Police would later obtain by exhuming Peter's body.

After a long, hot trial in the summer of 2019 at Oxford Crown Court, Field was convicted of murdering Peter and will serve at least 36 years in prison. He will be as old as Peter by the time he is released, if he is ever released.

I have met and written about many murderers – covering the deaths of James Bulger and Jill Dando, and interviewing White House Farm killer Jeremy Bamber in prison.

Yet I have never come across anyone quite as breathtakingly wicked as Ben Field.

His parents attended much of the trial and sometimes sat gripping each other’s hands as fresh horrors unfolded. His mother bowed her head in evident shame.

He was not the son she thought he was.

Let Us Prey by David James Smith is available now, exclusively on Audible

Got a story? Get in touch by emailing webfeatures@trinitymirror.com