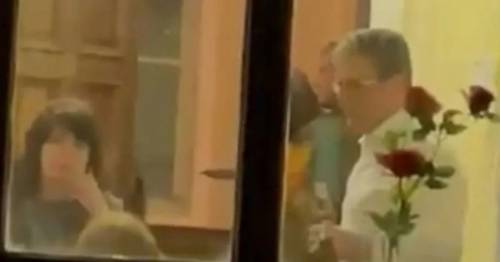 The Labour leader will hand back details explaining why he believes he did not break Covid lockdown law with party activists.

It is a major step in the police investigation, after which Labour's leader and his deputy have both pledged to resign if they are handed a fixed penalty notice.

Sir Keir and Angela Rayner were both sent questionnaires on May 31 by police probing claims they broke lockdown rules.

Keir Starmer's spokesman said: "The questionnaires will be returned very shortly." Asked if Mr Starmer had received legal advice, the spokesman said yes, but declined to say who from."

Durham Constabulary are investigating allegations triggered by a picture of the party chief holding a bottle of lager at what he said was a work event in April 2021.

Unlike the Met Police investigation into Partygate, which said questionnaires had to be returned within a week, Durham Police appear to have a different deadline.

Keir Starmer's spokesman referred questions on whether there was a deadline to Durham Constabulary.

But he added: "I can be clear that we are fully complying with the police's requests".

Officers confirmed in May they had reopened an inquiry into whether Mr Starmer broke coronavirus rules by sharing a beer and curry with Labour activists during an election campaign.

The former Director of Public Prosecutions has come under pressure since footage emerged of him drinking with colleagues in April 2021 in Durham.

At the time of the gathering, non-essential retail and outdoor venues including pub gardens were open but social distancing rules, which included a ban on indoor mixing between households, remained in place.

“We were in the office, we were working, we paused for something to eat,” Mr Starmer told Sky News last month.

“There was no party, no rules were broken, and that is the long and the short of it.

“Durham Police looked at it and decided there was absolutely nothing wrong.”

Police previously said they did not believe "an offence has been established in relation to the legislation and guidance in place at that time and will therefore take no further action in relation to this matter".

But on May 6, officers revealed they were reopening the probe after receiving "significant new information".

Keir Starmer's pledge to resign if he is fined has prompted frenzied speculation about who might replace him.

Centrist Wes Streeting has been touted as a possible replacement and raised eyebrows among MPs by backing striking rail workers last week. Lisa Nandy, Rachel Reeves and Rosena Allin-Khan have also been discussed as replacements by MPs.