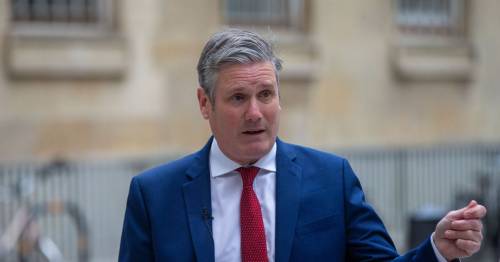 Talk about a breath of fresh air!

Sir Keir Starmer showed what one man’s integrity can do to change the corrupt life of politics.

In just minutes of searing honesty he laid bare the difference between his leadership and that of lying, power-obsessed Boris Johnson.

Here is a man – not just a politician, a man – who is willing to stake everything on public faith in his honour.

I watched the live TV statement with mounting admiration as he spelled out how hard the pandemic had been for him personally, but how disciplined he has been in obeying the rules.

Keir Starmer grew in stature by the minute as he put his future as a possible Prime Minister of our country on the line.

Keir Starmer showed what one man’s integrity can do
(

No ifs, no buts, no excuses, no Downing Street spin, no Tory double-speak: he will go if he is found as guilty as Johnson has already been proven.

The Labour leader’s fate, and that of his deputy Angela Rayner, is now in the hands of the Durham police.

If they issue a fixed penalty notice for breach of Covid rules – like the one (and first of many?) – handed to the Prime Minister, he will step down.

I have every hope, and expectation, that it will not happen. But if it does, at least I put my faith in a man for whom integrity came first, and political ambition second.

He did the right thing. You can’t put a premium on that. It goes to the very heart of public service and public life.

If he never does anything again, this could well prove to be the finest hour of the son of the toolmaker and the nurse who named him after Labour’s first parliamentary leader.