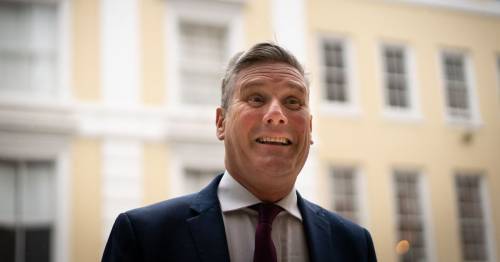 Keir Starmer revealed how his toolmaker father inspired him to fight for better workers' rights, as he vowed to boost sick pay, ban zero hours contracts and raise the minimum wage to £10-an-hour.

Speaking at the TUC congress in London, the Labour leader unveiled a "new deal" for workers in an address aimed at winning over trade unions after a fractious year with leaders of the movement.

Pledging to bring about "dignity at work", he also opened up about his father Rodney, who "worked on the factory floor all his life" to "provide for our family”.

"This is personal to me," said Mr Starmer. "Despite being a skilled toolmaker throughout his working life, my dad thought people looked down on him because he worked on the factory floor. He was right about that.

"I’ve spent my summer visiting workplaces up and down the country meeting apprentices who are proud of the skills they’ve developed and the work they do. We should share that pride.

"The next Labour government will strive for better prospects and dignity for all workers, not just those with a degree. That starts by creating quality jobs across our country."

He also underlined his pledge to press Boris Johnson to outlaw fire and rehire practices – a key demand of new Unite general secretary Sharon Graham – which has seen firms such as British Gas make staff redundant only to take them back on with worse pay and conditions.

Many risked their own health during the pandemic to enter the homes of elderly and vulnerable residents to ensure they had heat during the winter only for British Gas to subject them to the despicable practice of fire and rehire," he said.

He also acknowledged the “uncomfortable truth” that in the face of the Prime Minister's landslide majority it was difficult to force changes in Government policy from the Opposition benches.

Mr Starmer added: “A job you can raise a family on must offer a solid foundation on which you can build your life, not worrying about how many hours you’ll be given the next week or how you’ll pay the bills if you fall ill.

“Labour’s new deal will provide that security by ensuring basic rights for all workers from day one in the job: including holiday pay; protection from unfair dismissal; and guaranteed sick pay.

“We have one of the lowest rates of sick pay in Europe. That’s not good enough, so as well as guaranteeing sick pay Labour’s new deal will increase it as well.”

There were no details of the rate Labour would like to see sick pay increase to, with the leader saying the party would “consult widely” on the appropriate level.

Mr Starmer's address comes ahead of the Labour Party conference in Brighton later this month and as he faces pressure to spell out how Labour would fund the £12 billion-a-year increase in health and social care spending announced last week by the Government.

While the party supports the increase in investment, it has condemned the Government’s plan to pay for it through an increase in national insurance contributions – but has yet to set out any alternative proposals.

Mr Starmer said the Conservatives were “raising taxes on working families” but “Labour is the party of working people”.

Labour morale has been boosted by a YouGov poll earlier this month which showed the party with a lead over the Tories for the first time since January, but Mr Starmer still faces a tricky conference with unrest on the party’s left over his direction.

He emphasised the need for Labour to be in power in order to achieve his aims.

“The uncomfortable truth is that until we have a Labour government, our demands for change will be frustrated,” he said.

In a plea for unity across the Labour movement, he said: “We have an obligation to unite and work together.

“If we do we can take on this right-wing Government, win the next general election, and deliver the transformational change working people so desperately need.”

Labour is thought to be making around 80 voluntary redundancies as the party tightens its belt.

She said: “Keir today promised that the next Labour government will increase statutory sick pay and make sure everyone has access to it – including the lowest-paid workers.

“During the pandemic, too many couldn’t afford to self-isolate because sick pay is too low or they aren’t eligible for it at all. This badly undermined our public health effort during Covid.”