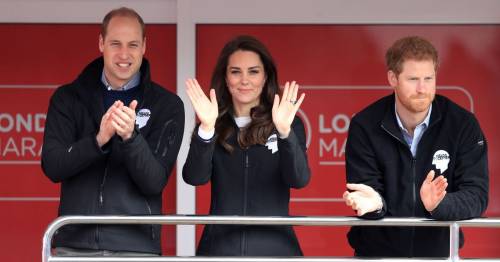 Ever since she married Prince William more than 10 years ago, the Duchess of Cambridge has firmly established herself as a royal.

As she turned 40 on Sunday, experts have noted how she has transformed from a shy duchess into a confident Queen-in-waiting.

But appears Kate has carved out another role within the Firm – and it's not always an easy one.

There have been several occasions where she has seemed to act as a peacemaker in a bid to ease family tensions.

And it appears that sometimes her subtle interventions have paid off, while other times, they haven't…

One of the most tense relationships within the Royal Family is that of William's with his younger brother Prince Harry.

The brother's frosty relationship was reportedly sparked by William's concerns over Harry's fast-developing romance with Meghan Markle ahead of their royal wedding in 2018.

The tense row quickly boiled over – with Harry claiming his brother was "trapped" within the royal system during a bombshell interview with Oprah Winfrey.

Since leaving the UK in early 2020 and stepping down as a senior royal, Harry has only seen his brother twice – and one of these times was at the funeral of Prince Philip.

Kate dropped back to allow William and Harry to talk
(

On that day, all eyes were on feuding brothers, who were reunited for the first time in more than a year after the younger brother's interview.

After the service at St George's Chapel in Windsor, the royals walked back to Windsor Castle on foot.

Kate, William and Harry were seen chatting as they left St George's Chapel – before Kate quietly dropped behind allowing the brothers to talk.

Speaking at the time, Brian Hoey, who has written a biography of Prince William, told The Sun: “They say cometh the hour, cometh the man. But in the Royal Family's case, it’s a woman.

“Thank God for Kate — she is the rock the monarchy will depend on. On Saturday, she behaved absolutely impeccably.”

Despite Kate's best efforts at Philip's funeral, it appears that William and Harry's rift was still ongoing last July.

Then the brothers came together and put on a united front for a poignant ceremony to unveil a beautiful statue of their late mother Princess Diana.

According to friends, after the Oprah interview, William was left feeling "very upset" and "reeling" over the claims made in it by Harry, with his head "all over the place".

Kate and Harry with Prince William in 2017
(

And a source told the Sunday Timesthat he was still "furious" several months later and didn't want to attend the Diana statue unveiling with his brother, who jetted in from California for the event.

The close friend said: "William was still furious. He had taken the view that he’d only give so much. He just didn’t want to go there [with Harry].”

However, the newspaper credits Kate, who did not appear at the event, as "working her magic out of sight" as a peacekeeper.

And in the end, the unveiling did go ahead smoothly and without a hitch with both brothers present.

An aide said: "[Catherine] was amazing behind the scenes when Harry came.”

William and Kate with Harry and Meghan in late 2018
(

Meanwhile, before Harry and Meghan's departure from the UK, Kate is said to have advised Harry to offer William an “olive branch” meeting in a bid to repair their fractured relationship.

At Easter 2019, Kate tried to repair “a complete and utter breakdown of communication” between the brothers.

Her advice led to Harry and Meghan inviting them to their then new home at Windsor after they attended church on Easter Sunday.

They had tea and chatted for around 30 minutes at Frogmore Cottage.

At the time, a palace source told the Mirror: “The Duchess and Harry have developed a very close bond over the years.

“Kate is acutely aware of the importance of William and Harry getting along, not just because of perception but their collective responsibility to the monarchy as a whole."

Despite her best efforts, Kate might not have had much success in healing the gulf between William and Harry.

But one relationship that seems to have bloomed after her intervention is that of William with his father Prince Charles.

In 2017, both William and Harry appeared in a documentary to mark the 20th anniversary of the death of Diana, where no mention was made of Charles.

And according to the Daily Mail, Charles was upset by this, with an insider telling royal expert Robert Jobson: "It would have been nice if they had acknowledged his contribution to their upbringing. He was, and tries to be, a jolly good father after all."

According to reports, it was William's wife Kate herself who helped to smooth things over between her husband and father-in-law.

And she did this by reportedly helping to organise a family portrait for Charles for his 70th birthday in 2018.

According to the Daily Mail, Kate was instrumental in making the portrait happen, which sees Prince George and Princess Charlotte beaming and cosying up to both Charles and his wife Camilla.

Charles greets Kate with a kiss at the James Bond premiere
(

Charles is a grandfather to Kate and William's three children – George, Charlotte and Louis.

But in 2015, it was reported by the Daily Mail that Charles had become "increasingly perplexed" about the peripheral role he felt he played in the life of eldest grandson Prince George.

And several years later, William spoke in a documentary to mark his father's 70th birthday, where he revealed his wish for his children to spend more time with their granddad.

He said: “I would like him to have more time with the children… to, you know, play around with the grandchildren.

"When he's there, he's brilliant, but we need him there as much as possible.”

But Kate helped smooth relations when she is said to have persuaded Charles to visit their home Amner Hall in the summer of 2020 and took on the logistical challenge of getting her family back home from a holiday on the Isles of Scilly to coincide with his visit.

In doing so, it was reported that the heir to the throne was able to give his grandson George a seventh birthday present in person.