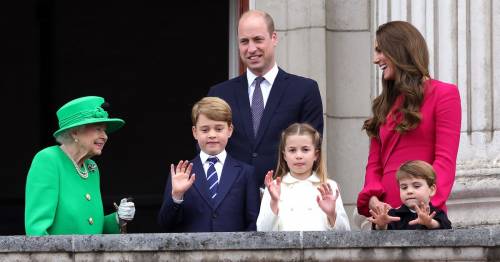 The Duke of Cambridge plans to follow in his mother’s footsteps and introduce causes close to his heart to his children once they grow up.

The second-in-line to the throne recently spent time helping to sell copies of the Big Issue to experience life on the other side.

While he admits his day was made easier as people “recognised a famous face”, the future king admitted most people ignore sellers of the magazine which helps the homeless and people suffering poverty.

Just like his mother, Prince Diana, he intends to introduce his children- George, Charlotte and Louis – to charitable causes in the future.

He told the Big Issue : “While I may seem like one of the most unlikely advocates for this cause, I have always believed in using my platform to help tell those stories and to bring attention and action to those who are struggling.

“I count myself extremely lucky to have a role that allows me to meet people from all walks of life, and to understand their full story – whatever it may be. It’s a privilege that many of us, busy with our days, don’t always afford.

The family have charitable causes close to their heart
(

Across the Atlantic William's brother Prince Harry has focused on his own charitable causes since stepping down as a working royal – namely mental health and climate change.

Speaking to Oprah Winfrey in an episode of his Apple TV series The Me You Can't See las year, he said: "I believe even more that climate change and mental health are two of the most pressing issues that we're facing and, in many ways, they are linked.

He continued: "We have to create a more supportive culture for each other where challenges don't have to live in the dark, where vulnerability is healthy and encouraged and, of course, where physical and mental health can be treated equally because they are one."

Previous : Max Verstappen wins Canadian Grand Prix as Lewis Hamilton gets back on podium
Next : Rail strike dates and National Rail lines affected on eve of biggest walkout in 30 years