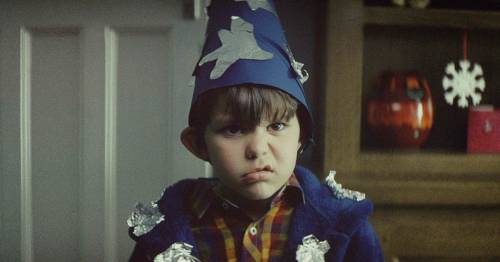 John Lewis has been forced to deny claims its Christmas TV advert uses a song inspired by the artist The Portraits.

The two-minute advert is soundtracked by 20-year-old British singer-songwriter Lola Young , from South London, who performs her version of the song Together in Electric Dreams.

The song was originally released by Philip Oakey and Giorgio Moroder in 1984.

But Folk act The Portraits claim the advert's music is very close to their cover of the song, which they recorded last year.

The Portraits are a husband and wife duo, Lorraine and Jeremy Millington.

The Portraits said on Facebook that they had offered their version of song for consideration to John Lewis this year, but had had no response.

Are the songs very similar? Let us know in the comments below

A John Lewis spokesperson said: "There’s no substance to the claims as the person contacted by email left at the start of the summer and had no involvement in this year's Christmas ad.

"The music that accompanies the ad is always the final element to be added and this year was chosen at the end of October. The creation of advertising and music is carried out solely by our agency and we are unable to read or consider ideas from other external or internal sources. "

The Mirror understands that the person The Portraits emailed at John Lewis had nothing to do with the Christmas advert and left the firm by the time that process started.

The Christmas advert has been widely praised, and "celebrates the magic of Christmas moments experienced for the first time".

The inspiration is families and friends being together this year after they were unable to celebrate with each other 12 months ago due to a lockdown.

Many big brands have jumped on the Christmas advert bandwagon this year – including one unlikely entrant, Aldi.

Yesterday the supermarket revealed its its full-length advert featuring Kevin the Carrot, Ebanana Scrooge and England footballer Marcus Rashford in the role of Marcus Radishford.

According to the Liverpool Echo, the advert is a Dickensian-style take on A Christmas Carol, and follows the story of Christmas loathing Ebanana Scrooge, who is reminded of the joys of the festive season by Kevin the Carrot.

The animated story introduces viewers to a medley of fruit and vegetable characters – including Marcus Radishford, Tiny Tom, Peas and Goodwill and Kevin’s Dickensian family.

Eagle-eyed viewers have spotted Cuthbert the Caterpillar, famed for his high-profile battle with Mark and Spencer's Colin the Caterpillar – being arrested by two lemon police officers.