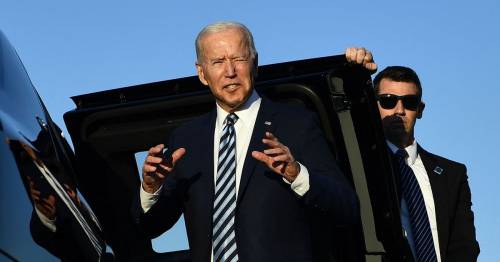 Joe Biden and Boris Johnson will try to recreate a pact first sealed by their predecessors at the height of the Second World War.

The US President and British Prime Minister will hold their first bilateral meeting – and the American leader's first outside the US since entering the White House in January – at a secret location in Cornwall as the countdown to the formal start to the G7 summit intensifies.

Mr Johnson flew to the county on Wednesday after Prime Minister's Questions in the Commons.

After landing, he visited businesses which have created products for the summit.

But once he sits down with Mr Biden in Cornwall on Thursday, the pair will “agree a new Atlantic Charter”, No10 said.

Preparations for the deal have taken months as officials try to seize the chance of the coronavirus pandemic to build a new agreement inspired by the original Charter.

That was signed almost 80 years ago by Mr Johnson's hero Winston Churchill and US wartime leader Franklin D Roosevelt.

The August 14, 1941 document outlined British and American goals for after the end of the Second World War.

It will commit the UK and US to apply their combined powers to the huge challenges facing the planet today, including global defence and security, "building back better" from coronavirus, and tackling climate change. 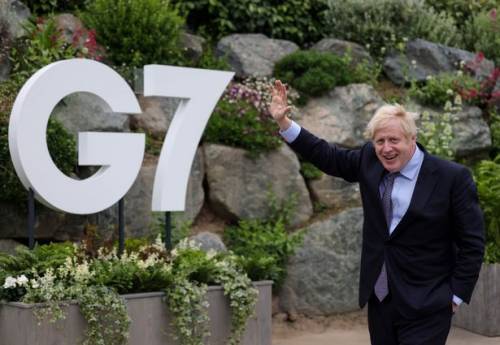 Mr Johnson said: "While Churchill and Roosevelt faced the question of how to help the world recover following a devastating war, today we have to reckon with a very different but no less intimidating challenge – how to build back better from the coronavirus pandemic.

"And as we do so, co-operation between the UK and US, the closest of partners and the greatest of allies, will be crucial for the future of the world's stability and prosperity."

Agreements struck in Cornwall, "rooted as they are in our shared values and outlook, will form the foundation of a sustainable global recovery", said Mr Johnson.

He added: "Eighty years ago the US President and British Prime Minister stood together promising a better future.

The original Atlantic Charter was devised at sea on board the Royal Navy battleship HMS Prince of Wales and US heavy cruiser USS Augusta.

The modern namesake of HMS Prince of Wales, one of the Royal Navy's two Queen Elizabeth-class aircraft carriers, will sail along the coast of Cornwall to mark the occasion.