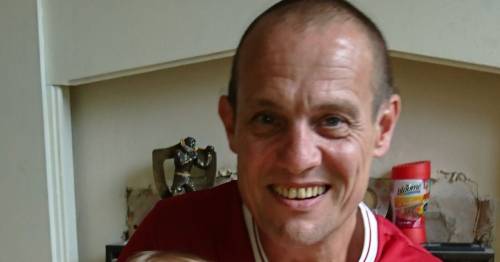 A woman was left paralysed and requiring care for the rest of her life when a jealous dad stabbed her in the neck after learning his partner was in her bed.

Alan Harter threw a brick at Lorraine Maxwell's window after realising his partner, Mary Sweeney, was in her bed, reports the Liverpool Echo.

The 56-year-old then threatened Miss Maxwell over the phone, shouting: "I'm going to murder you! I'm going to kill you! Watch what I am going to do!"

He said Miss Sweeney went out for a cigarette, when she saw Harter running down the street and tried to grab him, but he pushed past and went into the flat.

Mr Reid said Miss Maxwell saw "the silver part of a knife" before Harter repeatedly stabbed her and shouted: "Die."

The victim collapsed and lost consciousness, before Harter fled.

Miss Sweeney saw blood coming from Miss Maxwell's neck, as the victim cried for help, and tried to stem the flow with a tea towel.

Liverpool Crown Court heard Harter and Miss Sweeney were in a relationship "on and off" for 12 years and have two children, aged one and four.

Miss Maxwell lived four doors down from Harter in Onslow Road, Fairfield and had become friends with Miss Sweeney.

Mr Reid said: "Over time, the complainant's friendship with Ms Sweeney developed into a romantic relationship, which lasted about four months, and ended a few weeks before the offence took place."

He added: "The defendant had, in the past, shouted at the complainant in the street and told her to stay away from his ex-girlfriend."

The court heard Miss Sweeney had recently moved back in with Harter, but on Saturday, September 4, spent the night at Miss Maxwell's flat, after leaving her children with Harter.

Mr Reid said: "Ms Sweeney states the defendant had been using cocaine through the night, before she went to the complainant's flat."

The two women had a few drinks and went to sleep in Miss Maxwell's bed, before the victim woke at around 5am on Sunday, September 5 to the sound of her living room window smashing.

Miss Maxwell shouted to Miss Sweeney, who realised she had missed calls from Harter on her phone.

They went outside and found a brick under the window, with Miss Sweeney's purse next to it and her bank cards cut in half.

Miss Sweeney rang Harter and accused him of smashing the window, which he denied, before he called back and asked to speak to Miss Maxwell.

Harter, appearing on a video link from prison, shouted: "That's not true."

He was arrested and in a police vehicle said: "My partner is having a lesbian relationship with the one in the ambulance."

Police found his blood stained clothes in his home and a steak knife with a 3cm blade in a neighbour's garden, before he gave a largely no comment interview.

Doctors found direct damage to the spinal cord in her neck, which resulted in "immediate right sided paralysis" and weakness in her arms and legs.

Mr Reid said a doctor concluded: "Complete recovery is extremely unlikely and that Ms Maxwell is likely to require care for the rest of her life."

Harter, who has no previous convictions, admitted attempted murder at a crown court hearing, entitling him to 25% credit off his sentence.

Judge Aubrey jailed Harter for 22 and a half years, of which he will have to serve two thirds – 15 years – behind bars.

He told a sobbing Harter that he will not be released on licence until he is 71, as members of both the defendant and the victim's families also cried in court.

Previous : ‘Blinding Lights’ dethrones ‘The Twist’ as all-time No.1 Billboard single
Next : Ex-soldier arrested on suspicion of murdering couple at home amid claims of ‘parking row’