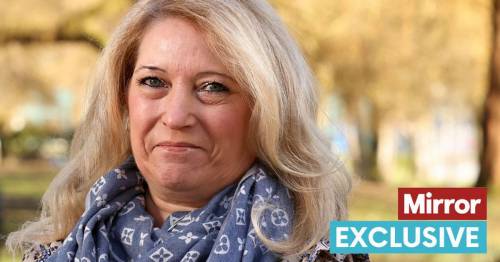 James Bulger ’s mum has won a historic victory after it was confirmed a landmark debate about an inquiry into his murder WILL take place.

Denise Fergus was bitterly disappointed when a petition calling for the vital discussion in the House of Commons won the support of 214,000 people in 2018 – but was rejected by a committee of MPs.

However, days after she had a crunch meeting with Justice Secretary Dominic Raab – which the Sunday People campaigned for – the debate has been granted.

If a ground-breaking inquiry goes ahead it would ­address the handling of the 1993 horror in which James, two, was snatched and barbarically killed by two 10-year-old truants.

Denise said she is 'over the moon'
(

It would also analyse the botched attempts to rehabilitate one of the pair. Jon Venables, 39, has re-­offended TWICE after being freed.

Denise, 53, told us: “My family and friends and I are over the moon.

“I have had 29 years of ­unanswered questions and this is a truly historic, momentous step ­towards change.

“Hundreds of thousands of ­people have backed the petition I started and finally we are making progress towards an inquiry.

“There have been too many ­failings over the years and I just hope this will be the beginning of something that will leave a legacy in the name of my son, James.”

Mum-of-five Denise, from Merseyside, added: “I know I can never bring back James but I’m hoping the fighting I have done will benefit other families in similar situations. Thank you to Sunday People readers for their support along the way. I have great hope that we are finally, after 29 years, getting somewhere.”

On Wednesday, Denise received an email from a senior probation official saying that following her meeting with Mr Raab, the debate had been agreed and she would be informed when the date is set – ­expected later this year.

Venables and Robert Thompson grabbed James from a shopping centre in Bootle and dragged him two miles to a rail line, where they tortured and battered him to death.

They were convicted of murder but released aged 18 in 2001. Thompson, 39, has not re-offended.

But Venables was sent back to jail in 2010 and 2017 after being caught with child sex abuse pictures. He hopes to get parole in August.

Mr Raab, who was asked by Denise to block the parole bid, said he admired her courage and added: “I was very moved to meet you and you strengthened my resolve to reform the Parole Board.”

Previous : ‘Rishi Sunak’s measures to help people struggling with cost of living came far too late’
Next : ‘James Bulger’s mum Denise Fergus finally has a voice as MPs will discuss case’ – Voice of the People