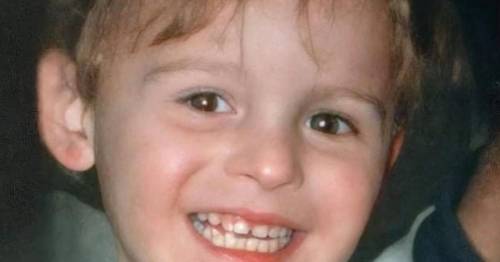 Her husband Stuart made the sickening discovery when he went to tend the grave.

Writing on Instagram, Denise said: “So this morning Stuart went and cleaned James’ resting place and put down some new flowers. He has come back and told me that this sleeping statue has been taken.

“It’s made of concrete and has a bit of weight to it so it hasn’t blown off anywhere.”

Posting a photo of the missing statue, she said: “This is the only picture we can find, it’s a lot cleaner than this now. So please keep your eyes open.”

And she added: “How low do some people have to be to actually take from a baby’s grave.”

Two year old James was murdered by Jon Venables and Robert Thompson, both aged 10, in Liverpool in 1993.

The youngster is buried in the city’s Kirkdale Cemetery.

His killers were convicted of murder but released in 2001, aged 18.

Thompson, 39, has not re-offended but Venables, 39 was sent back to jail in 2010 and 2017 after being caught with child sex abuse pictures. He has applied for parole and could be freed later this year.

A parliamentary debate on whether a public inquiry should be held into James’ murder is due to take place later this year.

Earlier this month Denise, 53, who has been calling for an inquiry, met Justice Secretary Dominic Rabb.

And days later it was announced a debate would take place.

After the news was announced Denise said: “My family and friends and I are over the moon. I’ve have had 29 years of unanswered questions and this is a truly historic, momentous step towards change.

“Finally we are making progress towards an inquiry. There have been too many failings over the years and I just hope this will be the beginning of something that will leave a legacy in the name of James.

“I’ve been fighting for justice for James since day one, so to have all this happen before the 30th anniversary means so much. And if this helps make it easier for other families going through the justice system, then I can say I’ve had part justice for James.”

Previous : Mum left furious after ‘rude’ McDonald’s staff say her daughter, 4, can’t use toilet
Next : Creepy man approaching schoolchildren and asking them ‘do you want to come with me?’