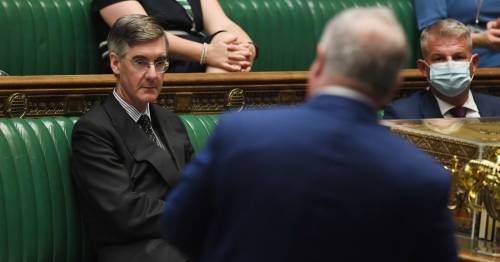 Jacob Rees-Mogg has apologised "profusely" after he used an "extremely offensive racist term" in the House of Commons.

The Commons Leader used the phrase "Yellow Peril" to refer to the Liberal Democrats in response to a question from an MP.

The term is considered a racist reference to a so-called threat from East Asian people to the West.

Mr Rees-Mogg claimed he did not know that what he had said that was racist – and added his use of the term was "out of ignorance".

Conservative Damien Moore (Southport) had said people in his constituency felt "under attack from the vindictive policies of Labour-controlled Sefton Council" for trying to "impose a cycle network".

In reply, Mr Rees-Mogg said: "I hear gossip that (Mr Moore) is actually working in collaboration, and whisper it quietly, with the Liberal Democrats in his area against these schemes, which I think shows how completely lunatic they must be to have created an alliance between him and the Yellow Peril."

Shadow Commons leader Thangam Debbonaire called on him to apologise. 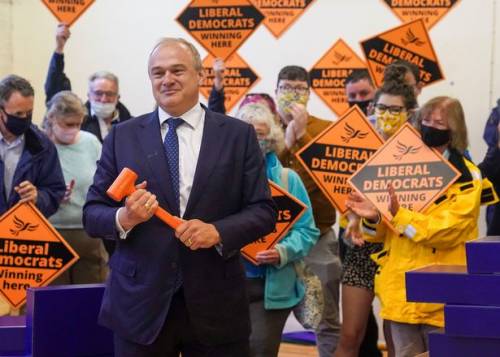 Raising a point of order, the Labour MP said: "Unfortunately, and I hope that the Leader is doing this unintentionally, the Leader made use of an extremely offensive racist term, I find it really difficult to understand but I am sure it may be possible that he was not aware that it was, in relation to the Liberal Democrats.

"It would be really helpful if the Leader could reconsider his words.

"He has spoken powerfully and correctly over the last few months about the scourge of racism and his commitment to ending it." 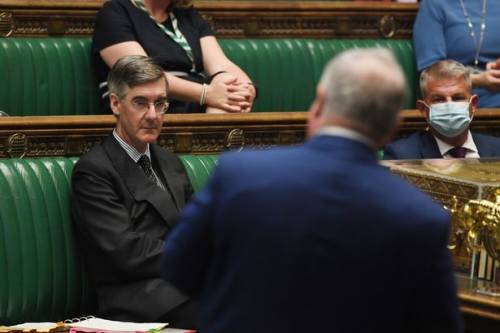 Leader of the House of Commons Jacob Rees-Mogg
(Image: PA)

She added: "This use of casual racist phrases, however unintentional, does have an impact.

"It has a corrosive impact on the fight against racism which I know he shares as an aim."

Mr Rees-Mogg replied: "If I have used a term that is offensive I apologise profoundly.

"I had absolutely no intention of using a term that was offensive.

"I don't actually know what term I used that was offensive, so if out of ignorance I have, I apologise."