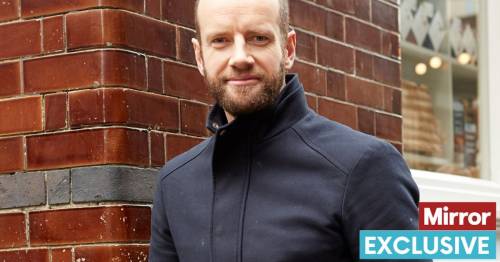 Inventor who was rejected on Dragons’ Den now runs business with £2.1m turnover

A cyclist who invented the “world’s loudest bicycle horn” is now the owner of a multi-million pound business – despite being rejected from Dragons' Den.

But despite walking away without an offer, Tom, who lives in Exeter, has seen his business grow from strength to strength and hit £2.1million in turnover last year.

He is now projected to hit £3million in sales this year.

Tom said he was inspired to design the Hornit horn after spending seven years commuting in London while working as a solicitor.

The first product launched in 2011 was the dB140 – the world’s loudest bike horn which allows cyclists to alert distracted drivers.

Tom said he wanted to make the roads safer for cyclists

At 140-decibels, the Hornit can be heard by drivers over the noise of a radio and the sounds of the city.

However, the business got off to a bumpy start after the first production run of 3,000 horns was 11 months late and immediately discovered to be 80 per cent faulty.

“This was despite going to China and signing off on golden samples after years of sampling and development,” said Tom, who had used £51,000 of his own savings to fund the business.

“It took an additional seven more months for the factory to deliver replacement units.

“By the time the replacement units arrived in July 2012 I was on my knees mentally and had virtually no money left.

“I had sizeable orders to fulfil so I was able to keep going.“

Tom took Hornit to Dragons' Den in 2013 and spent a gruelling hour and a half having his idea interrogated by the business tycoons – despite only 10 minutes being shown on TV.

He said his biggest fear was tripping up during the opening pitch or being ridiculed on national TV as his friends watched on.

He aded: “That part was the most nerve-racking. One minute they ask you an easy generic question, then next you suddenly have to recall one of the, in my case, 53 numbers in my head.

“If you slip up, you know that’s the bit they will show as it’s good for the ratings.

“In the event, the pitch went smoothly and despite Peter Jones and Deborah Meaden’s best efforts to catch me out on the numbers, everything stacked up.

“By the time I was in the Den I had an £80,000 order from Walmart for the Hornit Mini, a second product I had created which is a lights and sound effects accessory for children’s bikes and scooters.

“I also had multiple international distributors. That gave me the confidence to believe in what I was doing."

Despite leaving the Den without an investment, Tom said he was congratulated by the Dragons and left the set "more or less unscathed".

Two of the Dragons also asked to hang on to the samples he pitched during the show, he said.

Before Tom appeared on the show, he had been speaking to an Angel investor who went on to put £100,000 into the business after Dragons' Den.

"It was disappointing not to have had an offer, but that aside it had gone as well as I could have hoped," said Tom.

"I planned to keep going regardless of the result in the Den.

Hornit has expanded to other products aside from horns
(

"I really believe that riding with a bike horn is a life saver and with the orders I had I was hopeful I could make it work financially."

Thankfully, things did work out for Tom – despite several suppliers he worked with going bust consecutively in 2015.

This lost him tens of thousands of pounds and meant the £1.2million he had been on track to turnover several years ago wasn't possible.

But Hornit has recovered slowly over the years.

Lockdown in particular provided a huge boost due to more people cycling in lockdown, and the company has expanded their product range to include helmets, racks and lights.

Success internationally has helped as well.

Have you started a successful small business and want to share how you did it? Let us know: mirror.money.saving@mirror.co.uk

How I started my business

Furlough made us millionaires

The teeth whitening product worth £4m

"In 2019 our combined website and Amazon sales were less than 4 per cent of the business, now they account for 57 per cent," said Tom.

"It’s a virtuous circle because we are able to look after our customers better than if they buy from a third party and this is valuable for long term growth.

"When your customers love you they come back and they tell everyone they know."

But Tom is still grateful for his time on Dragons Den and says it gave him the launching platform to get the name of his business out there.

"The show gave my business just the boost I was hoping it would," he said.

Hornit's success comes as Australia and the UK agreed a free trade deal in June 2020, which is set to boost industries that employ 3.5 million people in the UK.

Paul Shand, Head of Trade for the Department for International Trade in the South West said: “Hornit’s success in Australia demonstrates the strong demand for high-quality UK goods overseas.

“It’s great to see them thriving during a time when cycling and other physical activity have become so important for our mental health. "