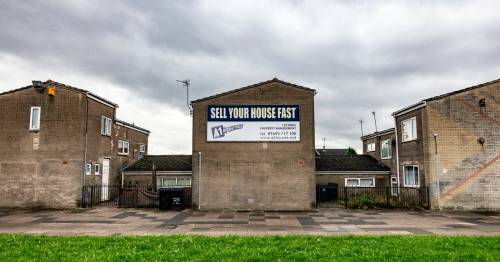 Residents of a UK town where kids have nothing to do and families are desperate for food have spoken about what its like to live there.

Skelmersdale is a town split between areas of high deprivation and relative prosperity, according to Lancashire Live.

A map created by the Consumer Data Research Centre (CDRC) shows the startling contrast between the prosperous and deprived area of the town.

Tanhouse and Digmoor on the east side, as well as parts of the town centre are listed as some of the most deprived areas and are highlighted on the CDRC map of Indices of Deprivation for England in 2019.

Do you live in Skelmersdale? What's it like? Email webnews@mirror.co.uk

Those areas come in first, which East Gillibrands ranking second for high levels of deprivation and Ashurst ranked third.

The suburbs and outskirts of Skelmersdale are more prosperous with areas such as Stanley and Blaguegate being ranked a medium 5.

Parts of Upholland, along with northern parts of Ashurst, were the most affluent areas and came in with a ranking of 10, with Ormskirk also indicated as being largely better-off.

The ranking uses “indices of deprivation”, which combines metrics to give a deprivation score.

In 2020, 73.6 % of people in West Lancashire were in full time employment according to labour market statistics.

This is only marginally less that the national average, which is 74.4% and unemployment was at 4.3% whereas the figure stands at 4.9% in the north west.

However, the percentage of people with no qualifications whatsoever in West Lancashire was double regional and national figures.

In the borough, 14% of people have no qualifications compared with 7.6% in the north west and 6.4% in Great Britain.

She said: "There are new houses but no amenities, like a sports centre or a place for kids to go. Skem is a beautiful place – we have got the Beacon – but there's nothing to do.

"Bus services are not good and come the winter, that's it – there's nothing down for you in Skem."

Evermoor Hub had been able to help 650 people over Christmas in 2020 by providing toys and food, but in the last week alone she had been faced with three desperate cases.

She added: "People have been crying their hearts out. A young woman has just been crying as she had no nappies for her baby. She came in for a food parcel and was stuffing the food into her mouth.

Margaret Highton, director of Evermoor Hub in Digmoor was faced with three desperate situations in the last week alone
(

"The baby was about six months old; it's a common scene. We had three desperate cases in the last week, including a young man who had not eaten for two days."

Adding that local firms were very generous, she said: "The government should step up and give more funding to the council.."

Digmoor resident and mum-of-two Sam Rimmer said: "I avoid going out – there's too many kids hanging around smoking weed. Give the kids somewhere to go; invest in their education and in something outside school. "

Dasa Sajgalova, also a local resident and mum, who works at nearby Cappy, a convenience store selling eastern European food in Digmoor Shopping Parade, said she didn't agree with the survey.

She said: "People think this is a bad area but I have never had any problems with anybody.

"It's a nice community, I have a lot of friends and I walk home at night by myself.

"A few times, we have had to call police because kids were throwing fireworks, but they stopped after that."

Dasa says that while Skelmersdale is deprived, there is a strong community spirit
(

Leader of West Lancashire Borough Council, Councillor Ian Moran said all areas had issues and that levelling up was a high priority.

Councillor Moran highlighted how new developments such as proposals for a new railway station and more investment in the town centre would also bring more prosperity to Skelmersdale.

Discussions are currently in the early stages over proposals to build a new business park off junction 4 of the M58 while proposals were currently underway for new devolved powers in Lancashire for local authorities next year.

He said: “The work that’s ongoing at the train station is going to be a a massive game changer that will open up the world of work to our residents, so they will be able to commute to places like Manchester and Liverpool to get better jobs.

He added: “In the 12 years I have been a councillor, we have never had an increase in funding from the central government, and it’s getting harder and harder. It’s keeping the streets as clean as possible, it’s emptying the bins.”

“But our primary schools throughout Skelmersdale are doing well and our secondary schools are getting better; we have got West Lancashire College doing A levels. It’s about getting a joined up experience for our young people as they are the ones that are going to be cracking this vicious cycle of deprivation."

Previous : Mass brawl breaks out on motorway with traffic brought to a standstill
Next : Germany’s Merkel urges tougher measures to battle 4th wave of COVID