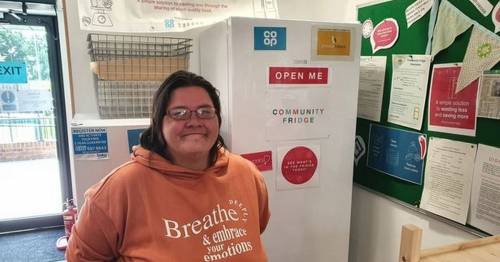 A neighbourhood in the UK is so deprived people have to turn their fridges off to save money.

Increases in the price of food, petrol and energy, have seen residents taking extreme measures in order to survive, SurreyLive reported.

Residents in Merstham, which was ranked in 2019 as Surrey's most deprived area, are turning off their fridges as they can't afford the electricity.

Volunteers and staff at Merstham Hub, a community centre used by several organisations in the area to assist those living nearby, are doing all they can to try and help people in desperate situations.

It includes the Merstham Community Facility Trust, whose services include a community fridge where local businesses can donate spare food for local people to take away.

It has an "IT cafe" for people who need help navigating the internet to access essential services, and a "repair cafe" for those who have household items that need fixing.

MaryAnn Dove, who manages the service, said that the past few months have seen a significant uptick in the number of people trying to access their services.

In some cases, people are at their wits' end when they approach the centre and their mental health is at crisis point.

She said: "More and more people are coming to our doors and asking if we have any food that they can have.

Merstham has been identified as one of Surrey's most deprived areas
(

"Lots of people are turning off their fridges because they can't afford the electricity.

"Our food club now has a long waiting list, and if food is donated to our community fridge it's gone within a couple of hours."

Although the service has secured funds in the past from sources such as Reigate and Banstead Borough Council, its resources are now being severely stretched by the spike in demand.

For the staff and volunteers who work at the Hub, being unable to provide a solution can often be the most challenging part of the job.

"It's really difficult," MaryAnn added. "One of the biggest challenges has been accepting when there isn't much you can do, and it can be really hard to process that and keep going.

"You always want to reassure people that everything's going to be fine, but sometimes that's the worst thing you can say.

"It's better to be honest with people, spend time with them and let people know they're not alone."

One of the volunteers at the Hub is Zoe, who helps run the community fridge. She is proud of the work she does in her community, but has herself been finding it hard to make ends meet since the increase in prices.

Lots of community work goes on to help those in need
(

She said: "I struggle to be able to buy meat products at the moment because meat is so expensive, so if I come here to get the vegetables to go with my meat then it works out that I can afford to buy meat, which otherwise I wouldn't have been able to.

"Coming here and getting support from people makes a difference. It's important to know there's someone here who can help."

The area of Merstham to the east of the station was ranked inside the top 5,000 most deprived areas in the country (out of around 33,000 in total) when the English Indices of Deprivation 2019 was released.

The study measured relative deprivation in England’s neighbourhoods based on factors including income, employment, health deprivation and disability, education, crime, proximity to services and living environment.