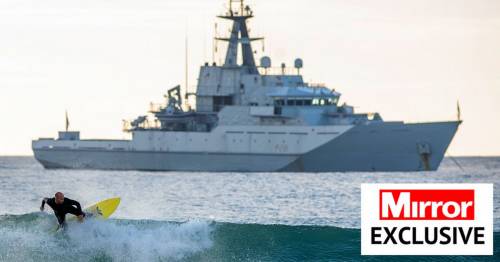 Sleepy Carbis Bay in Cornwall on Thursday becomes the centre of the world as the most powerful figures begin arriving for the G7 summit.

Joe Biden's Air Force One landed in the UK tonight so the US President could greet American service personnel based at RAF Mildenhall, Suffolk.

It is hard to overstate the disruption inflicted on Carbis Bay, a small coastal village of just 3,500 people.

Even their local railway – the St Ives Branch Line – has been closed. 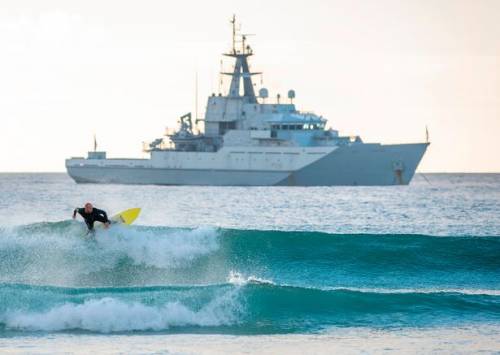 A surfer in the shadow of HMS Tyne off the coast of St Ives ahead of the G7 Summit in Carbis Bay
(Image: Rowan Griffiths / Daily Mirror)

Instead of the single-carriage Great Western Railway train trundling along the tracks on Wednesday morning, police will be inspecting the rails for anything suspicious.

Next to the miles of eight-foot high black metal fences which form the perimeter of the “secure zone”, TV crews set up tripods for their live pieces to camera.

But rather than the spectacular blue of the Atlantic Ocean they wanted as their backdrop, the weather delivered what locals call “Cornish mizzle” – a unwelcoming blend of mist and drizzle.

But residents are ready for the world's attention.

The Cornish Arms pub has been decked out with flags of all the nations – plus the flag of St Piran, Cornwall's patron saint.

Banners hanging from houses urge: “G7, you have the power to turn the tide”; “Put climate first”; and “G7, Save our trees, save our bees”.

The St Ives foodbank at Chy An Gweal Methodist Chapel has erected a sign saying: “Please remember when discussing economic recovery from Covid-19 – food poverty has quadrupled even in this area.” 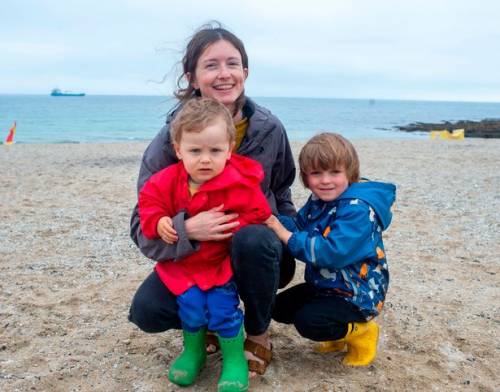 Sniffer dogs and their handlers check drains and kerbs.

Spotters with binoculars stand in a field monitoring boats in the bay. 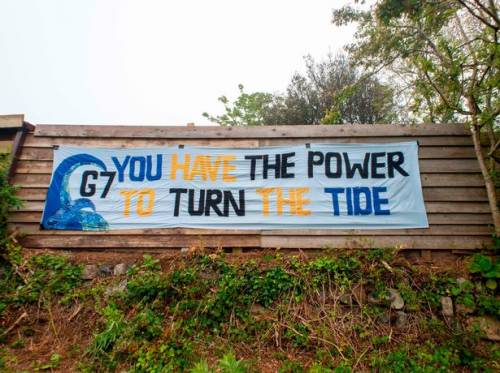 Messages are draped on homes and outside churches
(Image: Rowan Griffiths / Daily Mirror)

The church car park is packed with marked and unmarked police vehicles, a muster point for officers tasked with providing security and deterring potential rioters.

The lane leading from the village down to the five-star hotel and beach has obviously been resurfaced very recently for the occasion.

The leaders' convoys and motorcades will drive past the church of St Anta and All Saints where the congregation has adorned the facade with bunting of “hands” displaying messages setting out local kids' hopes for the summit.

One reads “Waving for our planet”, another says “Climate justice now”. 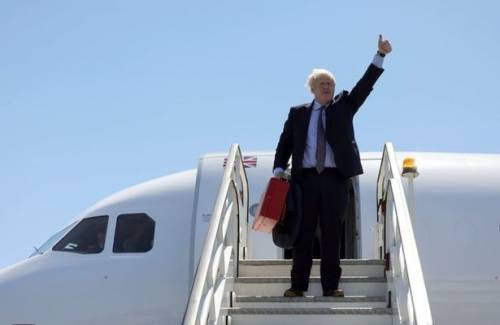 Boris Johnson tonight sparked fury by flying to the meeting from London on a commercial jet
(Image: Boris Johnson)

Yet Boris Johnson tonight sparked fury by flying to the meeting from London on a commercial jet.

“The Prime Minister should have taken the train, not got a plane.”

Another, from the Wave of Hope campaign highlighted by the Mirror this month, says: “We need a recovery that provides vaccines and healthcare for all, fights poverty and injustice, and helps end the climate and nature crises.” 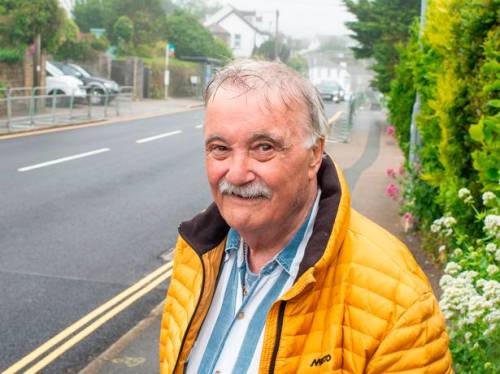 The G7's tentacles have spread to wider parts of Britain's most westerly county.

Yellow event signs litter the sides of main roads, telling drivers to avoid the area and warning of disruption from June 5 to 13.

A traffic announcement on local radio station Pirate FM warned motorists this morning: “Today is the day the bedlam commences.”

Its reporter highlighted an “enormous diversion” around tourist hotspot Newquay, where leaders' planes will land on Friday.

Holidaymaker Pete Wright, 71, has been forced to cut short his stay in Carbis Bay because of the summit. 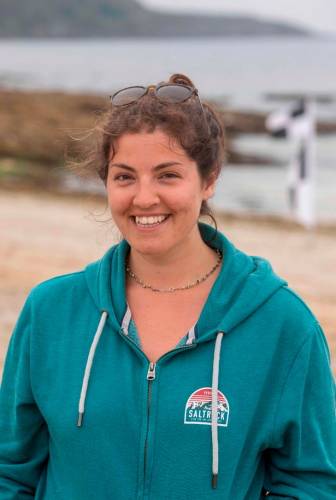 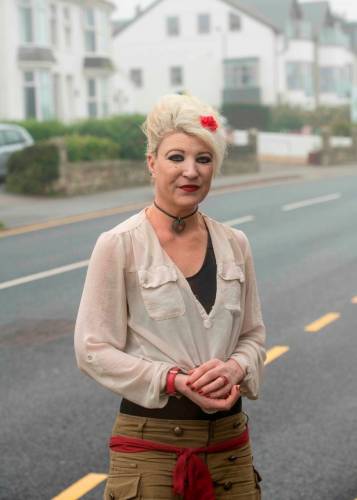 Speaking on his balcony overlooking the sea, the retired painter and decorator from Hereford said on Wednesday: “We have to be out at 10am tomorrow.

“We booked for 12 months ago and should have been here then, but we delayed because of the pandemic.

“Little did we know this date was going to be the G7.”

“It's a small place with narrow roads – logistically it must be a nightmare. But they are going to pump money into Cornwall, so that's good,” he said.

“It's been exciting, the police have been brilliant, everywhere we go they are so polite. They've got a job to do.”

Elizabeth Johnson, who has lived in Carbis Bay for two years, said: “I suppose some see it as disruptive but it's a good idea and it hasn't really affected me.”

The 69-year-old believed the tough security measures were necessary, pointing to when the IRA tried to kill Tory PM Margaret Thatcher during the 1984 Conservative Party conference.

“There are lots of police all over the place for security and everything – and nobody has forgotten the Brighton bomb, so that's a good thing,” she added.

But not everyone welcomes the summit. 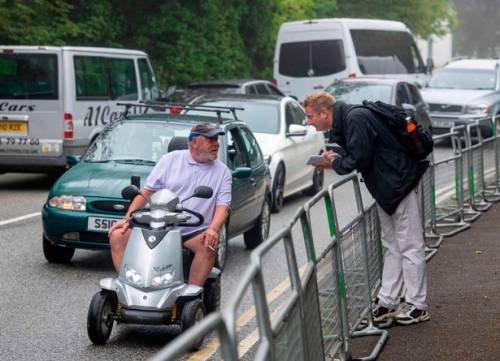 Retired tin miner Malcolm Leach, 76, who has lived in Carbis Bay for a decade having been in St Ives for 50 years, said: “It's an absolute disgrace, there's no rhyme and no reason to have it in such a small place like this.

“We have got protesters, Covid hasn't gone away and now all these people from all over the world are coming here.

“It's madness and all it's doing is making a lot of people a lot of money.

“Why can't they have it on what they call Zooms to talk to each other?

“I don't think there will be any long term benefits – Carbis Bay is a beautiful place, it sells itself. In the summer we are chock-a-block.” 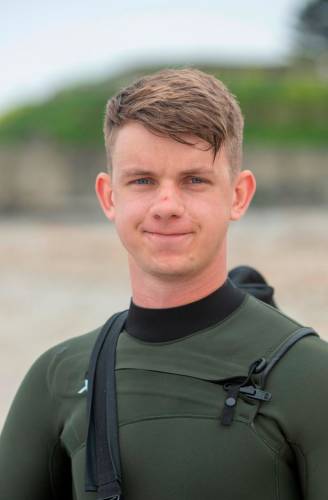 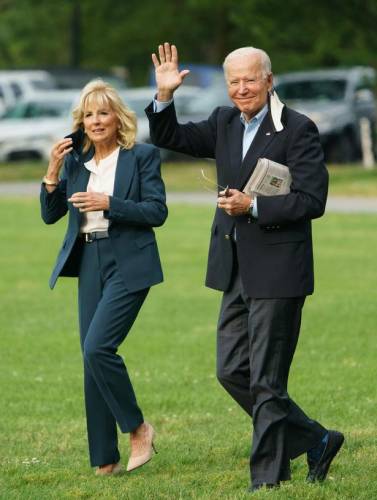 US President Joe Biden and First Lady Jill Biden make their way to board Marine One before departing for Cornwall
(Image: AFP via Getty Images)

But fashion worker Kit Swann, 25, on holiday from South London, said: “I can't see why it wouldn't have a positive effect on the area – not immediately but in the future.

Bruce Anderson-Smith, 73, a former nurse, of St Ives, said: “It's going to cause some inconvenience to some of the population but a lot of people are interested and have really got into it.

“It's got to happen somewhere. Only time will tell if it's good for the area.”

Bruce's main message for G7 leaders was that Boris Johnson “could do with a bloody haircut”. 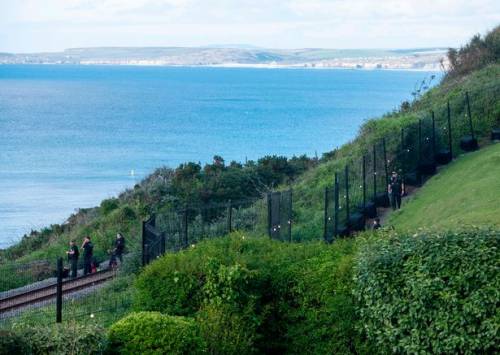 Art gallery employee Natalie Pearce, who is in her 30s and has lived in Carbis Bay for 12 years after 15 years in St Ives, had “mixed feelings” about hosting world leaders.

“I'm going to lose four days of work because they are shutting the road and I rely on buses, so it's a bit of a nuisance,” she said.

“It's good for the area but it's a disruption – especially when you're just trying to live your life.

“But then it's only for four days and we just have to get on with it.

“I am proud it's happening here.”

Falmouth will play host to the world's media, with the press centre opening on Thursday. 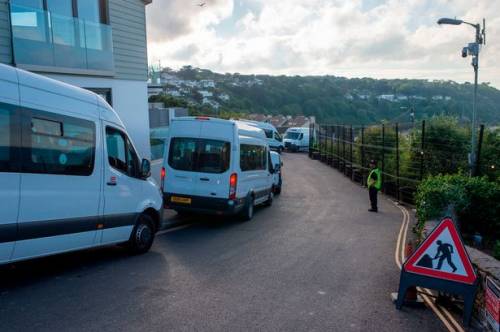 At the town's Gyllyngvase Beach, Royal Navy helicopter engineer Ben Russell told how his base, RNAS Culdrose, was “busy” with aircraft for the summit.

Ben, 23, originally from Plymouth, said: “I was quite surprised they picked Cornwall for the summit because it's quite out of the way.

“It's busy on base but I suppose there are more people coming down so it's good for the economy.”

Coffee shop barista Hatti Sydenham, of Devoran, Cornwall, said: “It's definitely interesting but the problem is we have such little roads.

“Lots of people have stopped coming down for this week.

“We've had a lot less people coming in, regulars have said they don't want to come into town because they're worried about the chaos.” 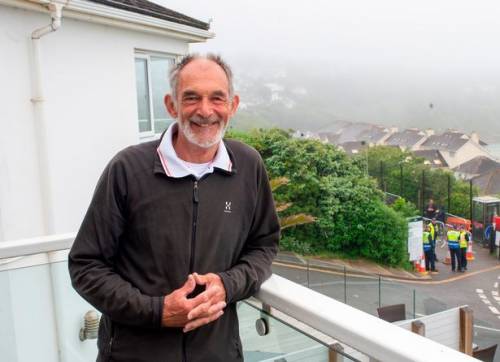 “In general, I think it's pretty good for the county. The Cornish economy needs all the help it can get.”

Four London flatmates on a week's holiday and preparing their paddle board for a voyage in Falmouth Bay, told how they had to abandon a visit to Carbis Bay on Monday because of security measures.

Tiffany Mallen, 29, a town planner, said: “I was surprised they were having the summit in Cornwall but it's a nice way of showing off one of the nicest parts of England.

“I kind of knew about it before we came but didn't realise what the police presence was going to be like.

“We went to Carbis Bay and it was quite stressful, there were police every five metres.”

Megan Merrifield, 27, who works in foreign currency exchange, said: “We wanted to go to Carbis Bay and there were police everywhere so we had to turn around back up the hill.

“It's quite off putting having a lot of machine guns around, that's not very pleasant.”

She added: “I think the G7 is a good thing but the fact those seven countries represent about 60% of the world's wealth between them isn't a good thing – it doesn't give a balance when it's necessary to see what the poorer countries need in terms of support from the G7.”

Libby Gandhi, 25, who works in film, said: “Having the summit here has drawn more attention to the area – it's so beautiful.

“International visitors come to England but never come to Cornwall, so maybe that will change.

“It's a good thing for the locals, hopefully putting lots of money into the economy.”

But renewable energy worker Madeline Costello, 25, said: “It seems very decentralised to have it here, it doesn't seem to be making the best use of Britain.

“I would've expected things to be more in a hub in a major city. It just seems very awkward to have it here.

“I can imagine it's quite overwhelming and intrusive for people, because it's so quaint down here.

“The police presence is quite unnerving.

“Seeing a policeman walking down Falmouth with a gun – I would expect to occasionally see that in London at train stations but I'd never expected to see it here.”