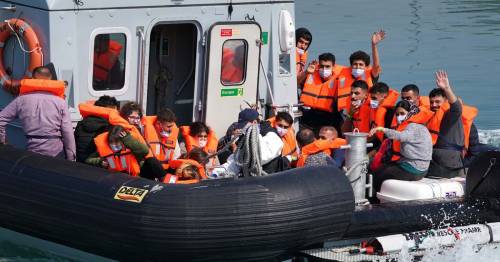 Border force officials are preparing for even more English Channel migrant crossings in the coming days as Britain basks in a summer heatwave.

It comes after the number of people to make the dangerous journey this year eclipsed the total for 2020, following the arrival of hundreds of migrants over the last few days.

At least 287 people succeeded in reaching the UK yesterday, meaning at least 8,452 have reached British shores in the past seven months.

Young children, some too small to walk, were seen being helped by lifeboat volunteers as they reached a beach in Kent yesterday.

Last year, 8,417 migrants reached the UK after crossing the channel. 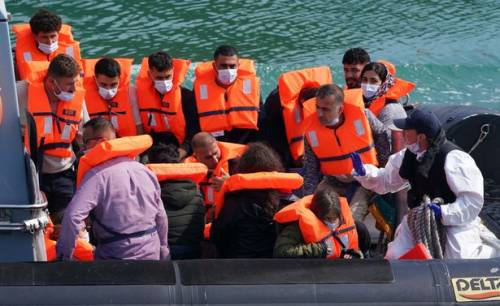 More migrants have already crossed the channel so far this year than the whole of last year
(Image: PA)

On Monday alone, a record-breaking 430 people arrived in England after leaving Europe in small boats and rubber dinghies.

People smugglers are said to be planning further crossings this week to take advantage of the warm weather and calm conditions along the channel.

Already today around 20 migrants – mostly wearing bright orange life jackets – were picked up by a border patrol vessel and brought back to England. 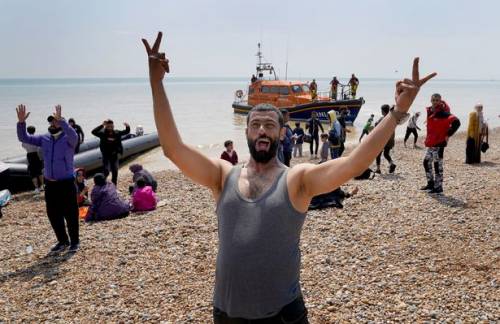 A record-breaking 430 people made the crossing on Monday
(Image: PA)

Men, women and children pay smugglers up to £3,000 to ferry them across the 21-mile Dover Strait.

The journey is a dangerous one and four members of a Kurdish-Iranian family died after their boat sank during a crossing in October.

People make the hazardous trip for a variety of reasons, with some seeking asylum in the UK, while others simply want a better life.

Many of those who have fled warzones or tyranny want to come to the UK because they already have family here.

In the past, entire families have travelled to the UK from wartorn countries such as Yemen and Iraq, the BBC reports.

However, the UK Government has pledged to crack down on the illegal crossings and today vowed to give France £54 million in exchange for further help. 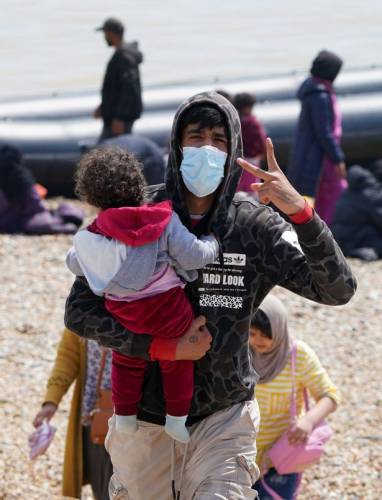 The Government has vowed to crack down on the illegal crossings
(Image: PA)

They vowed to boost security patrols, with French officers scouring wider areas across the northern coast between Boulogne and Dunkirk, and expand patrols further north-west around Dieppe.

Drones and small planes will scan the shores “to improve coverage of the coast of France to prevent crossing attempts”.

Security at key border crossing points will also be bolstered.

Ms Patel said last night: “The British people have simply had enough of illegal migration and the exploitation of migrants by criminal gangs. 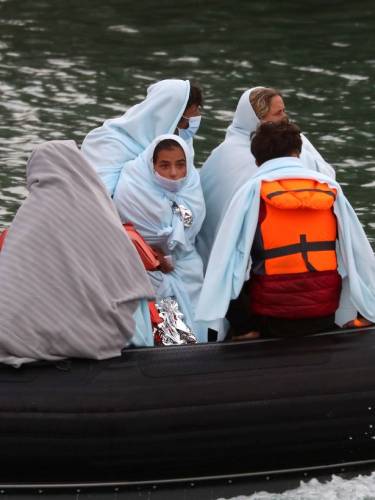 Migrants risk their lives making the 21-mile trip across the English Channel in rubber dinghies and small boats
(Image: PA)

“The public are rightly angry that small boats are arriving on our shores, facilitated by appalling criminal gangs who profit from human misery and put lives at risk."

However, Bella Sankey, director of charity Detention Action, said the Government had lost 'all credibility' in managing a safe and fair asylum system. 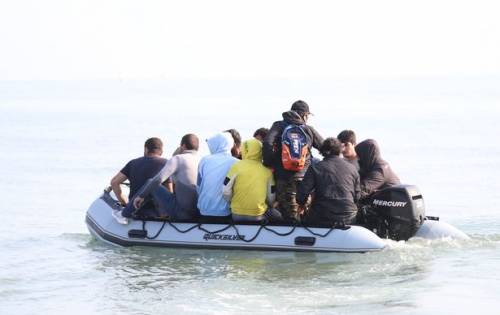 People smugglers charge migrants up to £3,000 to be ferried across the channel
(Image: PA)

She added: "Priti Patel can re-announce enhanced police cooperation with the French all day, every day.

"But until there is a political renegotiation to allow refugees safe passage to claim asylum at the UK border in France, this relatively small number of desperate people will continue risking everything for a shot at our protection.

"Ministers should stop playing fantasy politics and step up to protect lives instead." 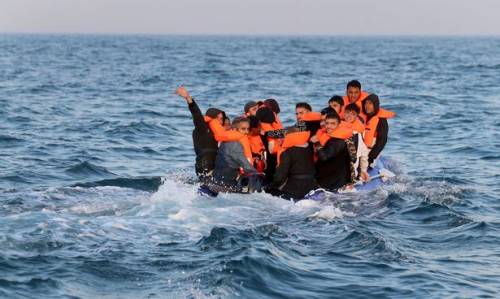 Critics say the Government has lost 'all credibility' in managing a safe and fair asylum system
(Image: PA)

He added: "Criminal smugglers prey on refugees who have little choice than to put risk their lives in rickety boats because Ministers refuse to create more routes to reach safety here.

"And the Government's cruel anti-refugee Bill will do little to stop the boats. It is unworkable, unlawful and will end up an expensive disaster that criminalises people who are simply asking for our help."