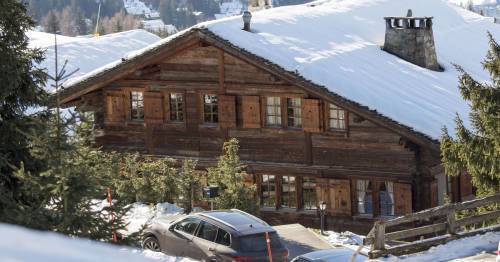 This is the inside of Prince Andrew's £17million Swiss chalet which he is selling to cover his sex abuse case costs.

The Duke of York, 61, is selling the chalet to help him fight a civil case launched by one of Jeffrey Epstein's 'teen sex slaves' Virginia Giuffre.

Ms Giuffre claims Prince Andrew had sex with her on three occasions when she 17-years-old and being trafficked by Epstein, however the royal vehemently denies the claims.

He bought the home with his ex-wife Sarah Ferguson in 2014.

Describing the property, a source told The Sun: “It’s one of the best properties in Verbier. The attention to detail is painstaking.”

The Mirror previously revealed the Queen “would not assist” in any further financial settlement to Ms Giuffre over the sex allegations.

Senior royals including Prince Charles and Prince William were ­understood to be ­“absolutely furious” when they learned of suggestions the monarch could be asked to settle Andrew’s bills.

A source said: “They are both of the opinion that Andrew can sort out his own mess.”

Sources have revealed the Duke “wants to clear his name”, but realises a civil trial could cause catastrophic reputational damage to the monarchy.

A source with knowledge of the proceedings said: ”No discussions have been had regarding a financial settlement. This is a US civil ­litigation, and given that the vast majority of US civil litigation is settled out of court, it would always remain an option on the table.”

Ms Giuffre has consistently said she wants to face the Duke in court.

Andrew, owns Chalet Helora in the ski resort of Verbier with his ex-wife. It is ­understood to be his only method of raising substantial amounts of cash.

The pair agreed last September to sell the property to a wealthy European investor.

They bought it from millionaire French socialite Isabelle de Rouvre in 2014 for £16.6m.

But the deal has not been completed. Sources close to the Duke suggest he wants to push the sale through “urgently”.

Previous : How to build resilience when there’s ‘no end in sight’ to the pandemic
Next : Warning over non-Covid winter virus that leaves babies struggling to breathe