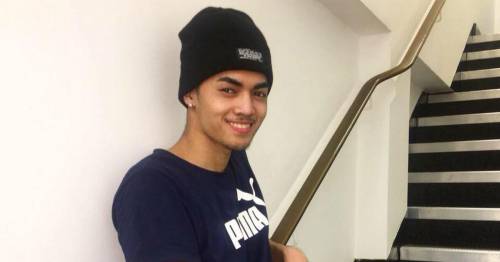 A lifeguard has recalled the heartbreaking moment three years ago he was forced to choose between saving two brothers in trouble in open water.

Yanek Kowal recollected the devastating moment he chose to save the life of one young man over another during a terrifying lakeside nightmare, reports LancsLive.

In August 2019, in Howtown Bay, Ullswater, the Lake District a family almost lost two sons – and a holidaymaker had to make the horrific decision of whose life to save.

At the pontoon, Bryxzel Galeon, 21, and his 18-year-old brother Ayxzel were enjoying time by the water. Bryxzel got into difficulty by the Howtown Outward Bound Centre.

At the time, lifeguard Yanek – with over 50 years of experience – was standing on the pier watching the group while he fished, but wasn't happy about the situation.

He said the two brothers looked like weak swimmers, and so he decided to run around to the beached area and swim out. However, he knew disaster would be waiting for him.

The bravery of Yanek meant Ayxzel was saved, but unfortunately the lifeguard was unable to stop Bryxzel from slipping beneath the surface.

It is believed that Bryxzel was celebrating his university graduation from the University of Leicester with a degree in computer sciences with a group of friends and family.

Recalling the moment, the brother sank very quickly, ‘a silent casualty’ as Yanek was unable to get to him in time.

Yanek said: "He looked at me and went under I could see the other was about to go under."

The two brothers both got into difficulty

At that point he said he had to make what was the most difficult decision of his life – which person to rescue. The teenager was panicking and grabbed Yanek, dragging them both under water. He said: “I approached with caution and attempted to get him in a cross chest tow. He immediately rolled over and grabbed me, he was trying to survive."

A family uncle revealed Bryxzel's last act was to push his younger brother towards Yanek.

Yanek said: "Even now after all this time it still sticks with me, I know the family now and we meet up each year. I want people to respect the water.

"That family has been ripped apart it could have been worse. People don't think about the dangers of the water on a sunny day. When it is warm outside the surface water might be warm but you only need to get a little bit below and it is really cold.

"This is how you end up with cold water shock people panic and swallow the water and you start gasping. I want people to respect the water and stay close to the shore, wear the right clothing and stay within their abilities."

Speaking about losing Bryxzel in 2019, his uncle Vincent Galeon, a 49-year-old security company worker, said: "This has been the most terrible tragedy that we could imagine in our family.

"Bryxzel's family were there and they saw what happened, they are of course struggling with everything at the moment, he is a terrible loss to all of us.

"What Bryxzel did was to keep his brother Ayxzel afloat, he was holding him up whilst he himself was getting into more severe difficulty.

"It is through that, we think, that Mr Kowal was able to take hold of Ayxzel and get him to safety, he did the most remarkable thing.

"We were fortunate enough to meet him on the campsite near the lake and thank him for saving Ayxzel."

The brothers did not look like the strongest swimmers, according to the experienced life guard

The national Drowning Prevention Week (June 18 to 25) hopes to equip everybody across the UK and Ireland with the skills and knowledge, to make the right decisions about water safety. More than 400 people accidentally drown in the UK and Ireland every year and many more suffer injury, sometimes life-changing, when they survive drowning.

Group Manager Angela Opie, Cumbria Fire and Rescue Service’s Prevention Lead, said: “We are proud to play our part in ensuring our families have a safe summer. We recognise how vitally important it is for children to know how to stay safe near water and urge our parents to access RLSS UK’s free water safety resources on the Charity’s website, which include fantastic theme week lesson plans to allow schools to incorporate the resources into our existing lessons.

"We want our pupils to enjoy all of the fun and benefits of being in and around water but be educated on how to do that safely. Cumbria’s waterways should be places where everyone feels at ease, and can take pleasure from their surroundings, whatever their age, whatever their activity level. But we’re urging people to educate themselves and others on how to enjoy water safely and prevent a fun day out ending in tragedy.

“The Drowning Prevention Week campaign is crucial this year. Throughout 2020 and 2021, young people have missed out on the vital opportunity to swim, leaving a dramatic gap in school swimming and water safety education. We believe that through free, accessible education and training, everyone can enjoy water safely. We urge as many parents as possible to get involved with the campaign, use our free online resources, and give their children the skills to enjoy a lifetime of fun in the water.”

Previous : Ukraine and the problem of “futurelessness”
Next : Vladimir Putin ally says Britain ‘arrogant’ over death sentence given to two Brits