‘I was offered £16,000 to fly to Dubai to fulfil a prince’s bizarre fetishes’ 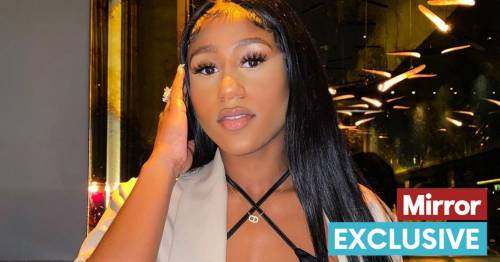 A woman has revealed how she was offered £16,000 to fly to Dubai to allegedly fulfil a prince's bizarre fetishes, including urinating on her.

Saint Mullan, from London, shared a video on TikTok about how she received a private message on Instagram from someone claiming to be a friend of a Dubai prince.

In the clip, which has been viewed more than two million times, she shares screenshots where they specify how much they will pay her and what they expect her to do.

The content creator and personal trainer told the Mirror she never had any intention of flying out to Dubai but says she kept replying to see how far he would take the conversation.

In the screengrabs, this unidentified person claims this prince is throwing a yacht party and Saint is invited because "our prince loves beautiful women" and he finds her "very attractive".

The prince, who is reportedly worth £321million, was allegedly ready to pay Saint £16,000 to join him and his friend – which is less than one per cent of his net worth.

Allegations of influencers and models being flown out to Dubai to perform bizarre fetishes are not new as legal experts have said many of them are deterred from reporting it to the police.

Saint said she made the video to help spread awareness
(

Saint said she had no intention of ever flying out
(

Saint, who says her suspicions were immediately raised, started to ask questions about if she could bring friends and how would the money get paid.

Then the invite took an odd turn.

The message then reads: "You will not spend a single dollar when you come to Dubai, but there is something that we need to ask of you."

They continue: "The prince, as well as myself, have fetishes and we just need them pleased in return for everything. I can list them now for you."

The fetishes included various parts of the feet and hand and a urination fetish.

When Saint rejected the idea, the person then pleaded for her to play out just foot fetishes.

Saint said: "It was very random but then I had no idea it had anything to do with Dubai porta potty.

"I was never going to do a video on it because I didn't know that it was such a big thing and I saw that other people were also affected.

Saint says she believes what they are offering is human trafficking
(

"I wanted to address it and to make people aware to prevent this."

Saint said: "In terms of the price it was nothing because I was never going to go.

"For me, I've had messages from other things like sugar daddies, but I feel like the wider your platform is the easier it is for people to message you and even from scammers."

The individual messages have not been independently verified as someone linked to the Dubai prince.

Saint said she felt like it was a real account, but realises it may not have been that individual's personal account because they could be easily reported.

Radha Stirling, the CEO of Detained in Dubai, told the Mirror influencers and artists have approached her organisation saying they were lured to parties where they were expected to perform sex acts.

The organisation provides confidential legal help in civil and criminal cases in Dubai and helps clients navigate the complex legal system in the UAE.

She also said that women have been deterred from complaining to police because they could be detained or have their passports confiscated, preventing them from leaving.

She said: "We have received a number of complaints from influencers and artists who have been invited to Dubai for performances and events to then be lured into parties where they have been expected to participate in sexual activities.

"Sex outside marriage has been legalised in Dubai and events organisers have been quick to take advantage of the new ‘relaxed laws’.

"Women need to be aware that they may face confronting and even dangerous situations and if there is a married man involved, they can still be charged with adultery.

"A number of women have complained about sexual assault but have been deterred from making police reports because doing so can result in their own detention or passport confiscation to ensure they remain in the country to be a witness.

"Although Dubai creates the image that it is one of the safest cities in the world, it is the most likely place for Brits to be detained abroad and numerous women have been raped or assaulted without being able to achieve justice."

Saint added: "I feel like it was trafficking. I believe that when it's too good to be true then it normally is.

"Even with stranger danger, you should just go to a country – especially coming from men – who are just offering to do something nice.

"There's always mal intention. A lot of them when they on to something try and isolate you and that is why I asked to bring friends."

Saint also urges other influencers and content creators who may be tempted to accept the invitation.

She said: "I want people to know their worth. And to be successful is a process. It's better to go the long way and don't let your circumstance determine your future.

"You don't need to do things that lower your value in order to have it and don't let money control your actions."

Previous : Brixton bus fire: Double-decker bursts into massive flames at stop as temperatures rise
Next : Fuming mum claims family was booted out of their council house with ‘two day’s notice’