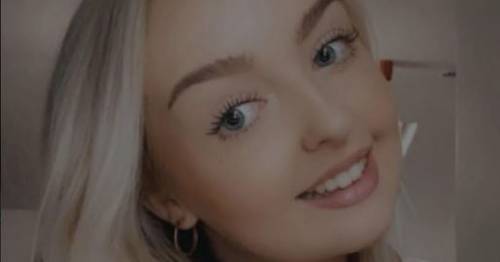 ‘I got spiked in Freshers Week while out with pals – I couldn’t stand, speak or see’ – Lauren Whitehead

In the fashion of a true Northerner, I often struggle to say no to a night out.

And since my arrival at university, my love of staggering home in the early hours has inevitably grown.

However, two years ago, the long-awaited excitement of Freshers week took a turn for the worst.

The nightclub in question has since become a ‘hotspot’ for suspected drink-spiking cases, but at the time it was just the venue for yet another of my nights out.

Not to blow my own trumpet, but I like to think that I can hack a double vodka here and there, and on this particular night that is exactly what I had to drink – two vodka lemonades.

Within the next half an hour, I was unable to stand, see or speak.

She couldn't stand, speak or see after just two drinks
(

Not to mention the fact that in this same half-hour I have no recollection of anything that occurred.

Unlike most women, my friendship group was full of men – after a bittersweet assignment to an all-male university flat – and so, I had the reassurance that they would get me home safely.

However, this is very often not the case, and I cannot imagine how scared another girl group would have felt in that situation if it had not been me.

After a somebody-has-had-too-much-to-drink-style stagger to the taxi rank outside – feeling both dizzy and suddenly extremely tired – I struggled to hold on for the taxi journey home.

Less than a mile in, I had to get back out of said taxi to be sick in, what I would later find out to be, a nettle bush.

Lauren with her friend Dan
(

Still to this day, I have no memory of what happened in that nightclub and have no idea as to why somebody would want to make another person feel the way that I did.

Luckily for me however, I did make it home safe, and I was surrounded by friends who were fully aware of the situation, which is something that I will forever be thankful for.

This is unfortunately not always the case.

Because of my lack of knowledge about testing at the time, I can only assume I was spiked, due to my symptoms and the statistics that have recently come to light.

Being told that ‘you probably just had too much to drink’ is all good and well, but getting your suspicions confirmed on the night isn't a priority when you've no idea what's happening to you – so many alleged spikings go unreported.

Getting tested for suspected spiking is difficult too, due to the drugs often used – the so-called date rape drug GHB leaves the body within 12 hours.

This makes drink-spiking so much harder to confirm, leaving many wondering what actually happened, and often blaming themselves.

In 2019, a BBC report found there was an all-time high in drink-spiking cases, with 71.6 percent of victims being women.

Fast forward two years and here we are – still no further on, with growing reports of ‘needle spiking’ and in need of a ‘Girls Night In’ boycott of nightclubs around the country to really sound the alarm to the powers that be.

But what we women actually need and deserve is the right to enjoy a night out in peace.

Previous : Widow of WW2 hero died after accident on way to lay wreath for fallen soldiers
Next : Sir Ian Botham names ‘match winner’ in England squad who will be crucial to Ashes hopes