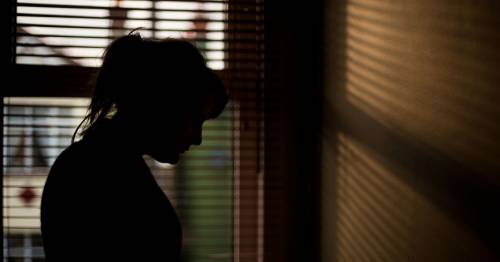 For Justina, the final straw came at Christmas. She was desperate to return home to the Philippines to visit her sick mother, but her employer had taken her passport and not paid her in weeks.

She was working day and night as a domestic worker and surviving on the children’s leftovers. Her employer relentlessly verbally abused her.

“I had no time off, it wasn’t allowed,” she says. “I just had to work 24 hours a day. Sometimes I would sleep only two to three hours. I’m not allowed to use my mobile, they shout at me if I try to talk to anyone. They told me not to say I am tired.”

The family were visiting England for Christmas from their home in Dubai when Justina asked her employer’s mother-in-law for a scrap of food. “I was just so hungry,” she says. “The mother of the Mister said ‘she must have some food’. My employer went mad, she grabbed me by the neck. She said, ‘how dare you ask my mother-in-law for food!’

“I said ‘sorry madame, because I am hungry madame’.”

Have you been a victim of modern slavery? Email webnews@mirror.co.uk to tell your story

Justina managed to escape her employer and was eventually granted legal status in the UK under Modern Slavery laws. The Modern Slavery Act is one of the Conservative government’s cornerstone immigration reforms – and is often used as cover for the Tories’ anti-migrant policies. But now even these protections are under threat, under Priti Patel’s Nationality and Borders Bill.

Independent Anti-Slavery Commissioner Dame Sara Thornton is among those who have warned the plans “will make the identification of victims of Modern Slavery harder and will create additional vulnerabilities”. Perversely for a Bill which the Home Secretary claims is all about ending the misery of trafficking, Thornton adds that the reforms “could significantly undermine our ability to bring traffickers to justice”.

Meanwhile, Caroline Haughey QC, who helped draft the legislation, says “sadly the bill undermines all the efforts, and I do think achievements, made with the Modern Slavery Act.”

Justina had taken the job in Dubai as a domestic to help her elderly parents in the Philippines, retired farm-workers who needed medical care. Speaking ahead of Anti-Slavery Day on Monday, she tells me she planned to send money home for an operation for her mum’s eye cancer – but her employers regularly failed to pay her.

The abuse that Justina faced led her to the brink of a breakdown, and she becomes distressed as she speaks. “I cannot breathe,” she says. “I am so scared. I am worried I am going crazy.”

In London, she spent hours sitting outside restaurants in the cold waiting for her rich employers to finish eating inside. “But how can I escape, I have no friends in the UK? Then, I think ‘God will guide me’.”

Justina escaped the night her employer tried to strangle her. “I didn’t sleep all night,” she says. “At 5am, I walked out in only my clothes. I am crying and crying. I am alone, it is Christmas and very cold. I am walking until the sun comes up. I don’t have any money because they haven’t paid me even though I begged them, ‘please my parents aren’t well and they need the money for medicines’.”

Justina was eventually taken in by a kind passer-by who took her to hospital. “I was shaking all the time. I think someone will kill me,” she says. “I am crying day and night and I have stopped eating. In the hospital they gave me medicine to calm down.”

The hospital encouraged her to contact the police and the anti-trafficking charity Kalayaan. Its name means ‘Freedom’ in Filipino. The police told her that her employer had put out a Missing Persons report for her but that she did not need to return to them. With Kalayaan’s help, Justina eventually won a long battle for Leave To Remain in the UK, using a framework called the National Referral Mechanism (NRM).

Campaigners say the Borders Bill will adversely affect cases like Justina’s in a number of ways, but the most dangerous is that it reduces the amount of time a survivor has to come forward. In Justina’s case this took a long time, and she remains clearly terrified. Kalayaan says this shorter timeframe just isn’t realistic, and that the Home Office will be allowed to turn away survivors before they even get to the NRM.

A Home Office spokesperson said: “The UK is a world leader in identifying and supporting genuine victims of modern slavery, and this will continue. However, over recent years we have seen an increase in the number of illegal migrants and foreign criminals seeking modern slavery referrals – enabling them to frustrate their removal from our country.

“The changes we are making through the Bill seek to ensure we can identify genuine victims as early as possible and ensure they receive appropriate support, while reducing any opportunities for the system to be misused.”

Justina fights on for other victims. “Kalayaan helped me fight to be allowed to stay safely in the UK,” she says. “I can breathe again. Even so, I am always dreaming of being trapped. Now more people will be trapped in that situation. It’s not good for human rights. They should be ashamed. It’s not fair.”

The Nationality and Borders Bill, due to become law next spring, is the most aggressive piece of anti-refugee legislation since Britain signed the Geneva Convention in 1951. On Wednesday [20th Oct], refugees and supporters will gather to oppose it in Parliament Square. Meanwhile, as the Bill makes its way through Parliament, Anti-Slavery Day on Monday will take on a new, modern, urgency.