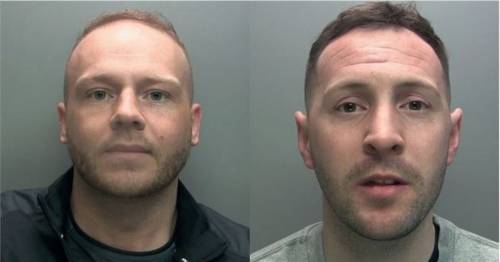 Police have launched a manhunt for two men after a 24-year-old man was brutally stabbed to death at a busy shopping centre.

Kane Hull, 28, and Liam Porter, 32, are wanted in connection with the murder of Ryan Kirkpatrick at Carlyle’s Court in Carlisle on September 18.

Hull has connections to the Carlisle and Wigton areas, while Porter is from Carlisle, police have said.

Detective Chief Superintendent Dean Holden said: “We urge anyone who sees these two men or knows of their whereabouts to contact us immediately on 999.

“The public should not approach either man but instead make an immediate call to police.

“I also urge Hull and Porter to hand themselves in for questioning as soon as possible.

He added that a Major Incident Room has been set up and a team of at least 60 officers are working on the case with specialist officers.

Det Ch Holden added: "This inquiry remains our number one priority in north Cumbria and I can assure the public our officers are working tirelessly on behalf of the public and Mr Kirkpatrick’s grieving family."

Police are also urging anyone with information, CCTV, dashcam footage or any other details which could assist officers to make contact.

Det Ch Holden explained why images of the two men linked to the stabbing were not released until now.

He said: "There are complex issues around evidence and the criminal justice system which mean this must be done at the right time and when we are confident it is in the best interests of the investigation."

Anyone who sees Kane Hull or Liam Porter should dial 999 immediately.

Anyone with information can submit this here: https://mipp.police.uk/operation/0301020118N53-PO1. You can also call 101. Alternatively, you can call the independent charity Crimestoppers, completely anonymously, on 0800 555 111.

Previous : Boris Johnson repeatedly refuses to say if he could live on Universal Credit
Next : Royal baby joy as Kate Middleton’s close pal is pregnant days after Beatrice gives birth