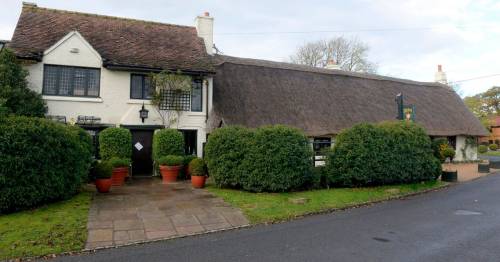 The second pub in the UK to be awarded a Michelin star has been burnt down in a devastating fire.

The Star Inn at Harome was destroyed by a fire Wednesday night (November 24), as North Yorkshire Fire and Rescue Services battle out to blow out the blaze which swept through the much-loved pub.

During the height of the blaze, emergency services had nine crews at the scene, but this has now been reduced to seven.

As of 7 am this morning (November 25), Emergency crews are still working to contain the fire, the Yorkshire Post reports.

A spokesperson for North Yorkshire Fire and Rescue Service stated they are unable to determine the damage to the property as she expects crews will still be battling the fire for a while.

Michelin-starred chef Andrew Pern, of The Star Inn at Harome had celebrated 25 years since he took over the Star Inn, in North Yorkshire.
(

In a statement by The Star Inn on Twitter, they stated: "It’s been a long night so far…..I’m afraid we won’t be open for a while as we are reduced to ashes with The Star on fire and still burning, residents please call after 9 am."

The well-loved restaurant will be missed as it is often praised as one of the best in the UK.

Chef Andrew Pern's had helped the pub in its award of the Michelin star – who sadly lost it at the start of 2011 – but fought back for it in 2015.

The pub was celebrating its 25 years this year.