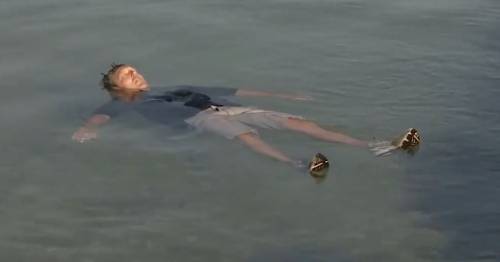 Experts have issued advice on how swimmers can stay alive if they get into trouble in the water as more than a dozen have sadly drowned during the current heatwave.

Authorities have also issued warnings about taking a dip to cool off in scorching temperatures.

The RNLI has said that if anyone finds themselves in trouble while taking a dip they should float on their back and try to relax.

A combination of cold water and panic can leave swimmers in trouble when they enter open water on a hot day.

It comes as a boy of 13 is among at least 14 of the heatwave's drowning victims. 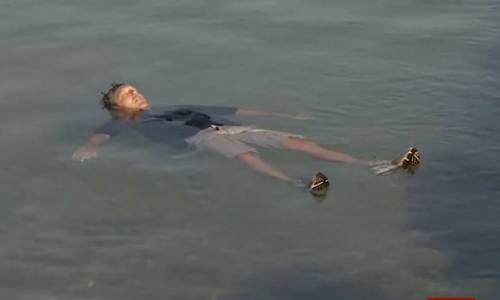 Experts say floating on your back if you get in trouble in water will help keep you safe while help arrives
(Image: BBC)

Jay Moffett, 13, died after getting into difficulty into the water at a lake in the County Down village of Scarva, Northern Ireland.

His father desperately tried saving his son as firefighters arrived but he sadly later passed away in hospital, Belfast Live reports.

Yesterday, Derbyshire Police recovered the body of a 15-year-old-boy from the River Trent in Swarkestone. 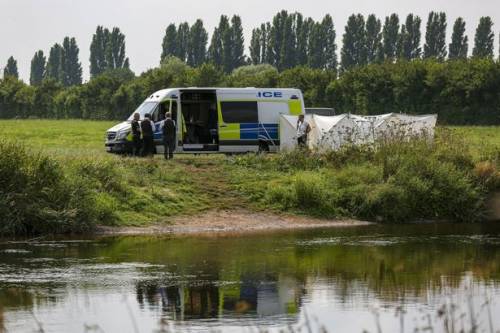 A teenage boy's body was pulled from the River Trent on July 21
(Image: Matthew Lofthouse / SWNS)

Another body of a 15-year-old boy was recovered on Tuesday from a canal in Knottingley, West Yorkshire Police said.

Other teenagers who have sadly drowned during the hot weather include 16-year-old Mohammad Abdul Hamid and 19-year-old Ngapee Merenga.

"We are urging the public to please think before entering the water. If you aren't experienced in being in cold, open water then please stay out, unless supervised."

RNLI Water Safety Manager Sam Johnson offered advice to those taking a trip to the beach.

He said: "Our main advice is to visit a lifeguarded beach and swim between the red and yellow flags.

"Children should be supervised at all times and people of all ages should avoid swimming alone. 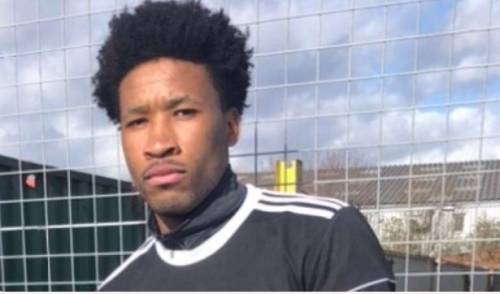 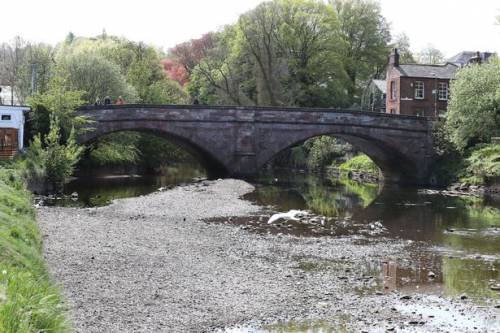 "We want people to enjoy the coast but urge everyone to respect the water, think about their own safety and know what to do in an emergency."

The grim discovery of another body was later made at Pugneys Country park, Wakefield, after a man swimming on an inflatable unicorn was reported missing.

Councillor Michael Graham said the "tragic incident" served as a "stark reminder of the very real dangers of swimming in open water".

Swimmers looking to cool off in reservoirs have also been warned that the cold water temperatures, slippery silt and hidden pipework make conditions dangerous.

It comes as experts warned the UK heatwave is a “natural disaster” that could spark hundreds of deaths due to the extreme heat, experts have warned.

For more on cold water shock and general safety around water, visit the RLSS website here.

Previous : Mikey Williams signs with Excel Sports for NIL deal expected to ‘generate millions’ for high school basketball star
Next : City overrun by seagulls brings in hawks to kill the pesky birds after years of misery