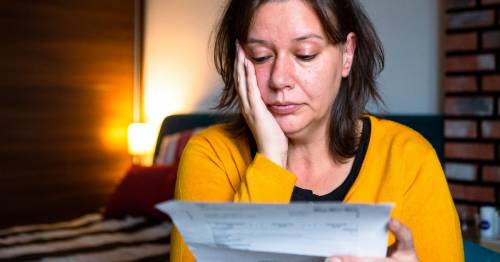 The talks are thought to have covered many options, with no breakthrough.

It comes less than five weeks before Ofgem is due to confirm the level of a price cap surge for 15 million households from April.

The Mirror is backing Labour’s call to scrap the near 5% VAT on bills in a move that could shave £100 off April’s hike.

PM Boris Johnson has called it a “blunt instrument”, yet he championed the idea when campaigning for Brexit. At Prime Minister’s Questions yesterday Labour’s deputy leader Angela Rayner told him typical families “face a hit of £1,200”.

“This is an iceberg right ahead”, she warned. Urging him to slash tax on dual-fuel costs, Ms Rayner added: “Even the Tory backbenchers have finally accepted Labour’s call to cut VAT”.

Targeted help for the most vulnerable is also being looked at, including raising the Warm Home Dis-count, currently a £140 payment.

Suppliers have asked ministers for £20billion to spread the impact of wholesale costs. These fell recently but website Energyscanner said it came “far too late to make much difference for consumers”.

How much would a VAT fuel cut save your bill?

Typically defined as a household in a one or two-bed home using around 8,000kWh of gas and 1,800kWh of electricity per year.

Scrapping VAT on household energy could save them… £63.

This is a three or four-bed household using around 12,000kWh of gas and 2,900kWh of electricity per year.

Axing the tax could save this customer… £91.

Defined as a household in a five bed-plus home using 17,000kWh of gas and 4,300kWh of electricity per year.

Scrapping the tax could save these customers around… £126.


How your bill is calculated

It is not straightforward, which is why most customers switch off if they study their energy bill.

For electricity and gas, the amount you use is measured in kilowatt hours, or kWh.

What you pay is based on how much your supplier levies per kWh, plus a standing charge.

The amount differs depending on whether you pay by monthly direct debit, which is the cheapest option, quarterly by cash or cheque, or by prepayment meter.

Ofgem’s current price cap for standard or other default tariffs is, for direct debit, 21p per kWh for electricity and 4p per kWh for gas. Each bill depends on size of household, how well insulated the home is and where you live.

How to cut your fuel bill

Savvy households used to swap suppliers and sign up for cheap energy deals to save money.

But the energy crisis has led to the disappearance of bargain offers, with most fixed contracts now an expensive option.

Martin Lewis, founder of MoneySavingExpert, believes fixing tariffs may be a viable option for a few people.

He said if someone is offered a fix that is no more than 40% costlier than their current price-capped rate, it is worth considering, particularly if they want certainty over budgeting.

Mr Lewis wrote: “To summarise, it looks like most people should do nothing.”

But households can still reduce their power usage.

The Energy Saving Trust has 12 tips that could cut bills by £378 a year.

For example, draught-proofing a typical gas-fuelled semi-detached home could save you around £25 a year.

How your bill breaks down

£528 is wholesale costs: what suppliers pay for gas and electricity.

£268 is network costs: getting gas and electricity around the country.

£159 is environmental and social obligation costs: includes everything from green levies to Warm Homes Discount.

And £57 is other costs and suppliers profit margin.