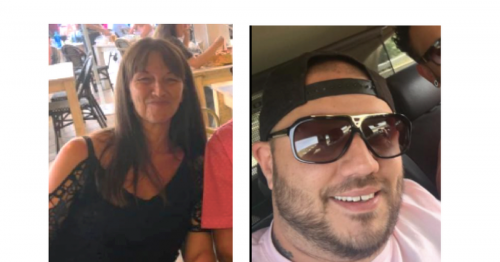 According to Google’s new anti-scams policy it will only carry adverts for savings ­products if they are placed by firms registered with the ­Financial Conduct Authority.

A fine idea, but one that might not always be working in practice, judging by the hokey-cokey saga of Stem Wealth.

This was promoted with Google Ads promising: “A simple way to invest and secure your future”, despite not being included in the list of firms authorised by the FCA.

Then, on Monday last week, Stem Wealth did appear in the list.

Three days later it was out again.

Stem Wealth’s website stated that it was a trading name of UK Tax ­Efficient Investments Limited, which was included in the list of authorised firms on August 17 – and taken out on October 7.

This company’s sole director is Angela Orchard, who lives in Spain according to her Facebook page and has never been a company director before apparently suddenly deciding at the age of 52 to run an investment advice firm.

Which prompted me to ask her if she really was the person running the show, but she has not got back to me.

A saver who replied to the Google Ad for Stem Wealth was contacted by sales rep Chris Barrett who previously worked for an outfit called Your Options Limited – in fact, Barrett still used the same phone number he’d had at Your Options, which flogged high-risk savings bonds through Google Ads.

The director of Your Options is 37-year-old Ashley Parkin Beacher, who is a Facebook friend of Angela Orchard, and they once shared the same Bradford address.

So could he be involved in the Stem Wealth saga?

Sadly, he too has not got back to discuss this, or the reasons why the FCA suspended his domain youroptions.co.uk.

He is also a director of Parkin Beacher Limited, which was fined £50,000 by the Information Commissioner’s Office in August for making illegal marketing calls to people about their pensions.

”Cold calls are a common way of attempting to defraud people out of their pensions and we will take tough action where we find companies carrying out this kind of marketing," said the ICO's Head of Investigations, Andy Curry.

It gets even messier.

The way that Stem Wealth and UK Tax Efficient Investments got on the FCA register, and so gave themselves credence and got the green light to advertised on Google, was by becoming trading names of an authorised company called Integral Asset Management Limited.

He says they employed ­compliance consultancy I-Fact, which offers “rapid FCA recognition”, and claims that it was I-Fact who put Stem Wealth and UK Tax Efficient Investments on the FCA register as trading names of Integral Asset Management.

“It was something we were not happy with and we terminated our relationship with I-Fact,” said MrPrice.

Rubbish, says the chairman of I-Fact, John Derry-Collins, who says that Integral Asset Management was never their client, having been rejected because their compliance procedures were “way off-track”.

“We listed what they would have to do to change and what it would cost, invoiced for our time, and walked away,” he said.

“As far as we are concerned that’s the end of it. I haven’t a clue who Stem Wealth and UK Tax Efficient ­Investments are.”

Having once been on the FCA's list of trading names of an authorised firm, Stem Wealth and UK Tax Efficient Investments have now been put on the its consumer alert list of firms to avoid.

The regulator has also slapped a range of restrictions on what Integral Asset Management is allowed to do, including banning it from advertising online or adding any new trading names without prior approval.

I've asked the FCA if it wants to comment on this shambles but have not had a reply.