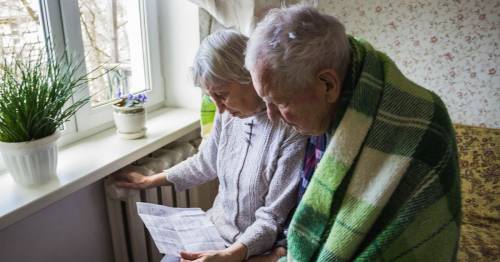 The government is under pressure to cut VAT on energy bills amid a gas price crisis that could see bills soar to £2,000 in April when the price cap is set to rise.

Scrapping the VAT rate would knock around 5% off the average bill – meaning if you spend £800 a year on energy, you’d save around £40.

That would be even higher from April, as predictions suggest energy bills could rise by more than 50 per cent for those on a standard tariff when the new price cap takes effect.

But the Prime Minister has indicated he will not support the cut because it would help "a lot of people who perhaps don't need the support".

That’s despite his own promise to scrap VAT from energy bills in his 2016 EU referendum campaign.

In 2016, the prime minister promised to scrap VAT on energy bills if Britain voted to leave the EU
(

"In 1993, VAT on household energy bills was imposed. This makes gas and electricity much more expensive. EU rules mean we cannot take VAT off those bills," Johnson wrote in May 2016 in a joint article with Michael Gove, now the levelling-up secretary, and Baroness Stuart of Edgbaston, who was then a Labour MP.

"When we vote Leave we will be able to scrap this unfair and damaging tax. It isn't right that unelected bureaucrats in Brussels impose taxes on the poorest and elected British politicians can do nothing."

Mr Johnson denied having misled voters, but signalled that the Treasury would only consider actions to help the families most in need.

Are energy bills out of control? Let us know in the comments below

The PM said he was "not ruling out further measures", but added: "The argument, as you know, is that it's a bit of a blunt instrument and the difficulty is that you end up also cutting fuel bills for a lot of people who perhaps don't need the support in quite the direct way that we need to give it. We need to help people who are in fuel poverty the most."

Kwasi Kwarteng, the Business Secretary, will today resume talks with energy bosses about how to ease the pressure that energy bills are heaping on business, as a 25 per cent rise in wholesale costs dampened hopes the market was stabilising.

Households are facing a cost of living squeeze, with inflation set to reach highs of 6% this Spring.

At the same time, higher National Insurance taxes will come into force and the new energy price cap will kick in.

Some experts have warned gas and electricity bills could rise by 56% or more, potentially causing further suppliers to collapse.

The new cap, which will be announced on February 7 and come into force on April 1, is certain to increase from the current £1,277, itself a record, with analysts and trade body Energy UK predicting the new figure will be around £2,000.

In response, the most vulnerable households are being encouraged to check if they could be eligible for a discount, such as a cold weather payment.