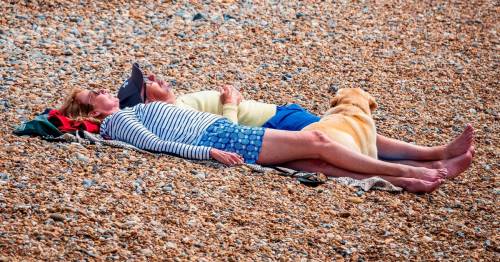 Brits will bask in a week of sizzling temperatures as the mercury creeps to a predicted 30C thanks to a blast of Bermudan hot air.

And after one of the wettest May months on record, the sunshine is set to stick around as we move well into June – just in time for the current planned easing of lockdown on June 21 and the delayed Euros 2020.

Today could see temperatures reach 27C in the south east of England, before fog and some lighter showers in northern parts make way for clear blue skies and wall-to-wall sun.

As we move through the week things are only set to get hotter, with forecasters claiming some areas could see highs of a balmy 30C by the weekend. 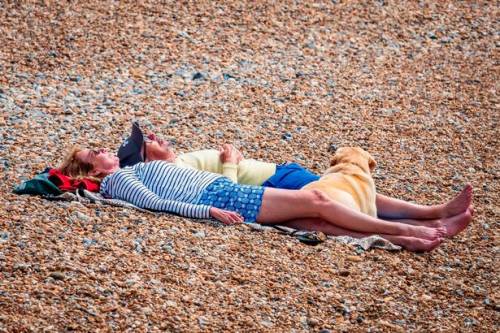 The searing heat could stick around for up to 10 days, with millions of Brits expected to hit the coast for a cool off.

Aidan McGivern from the Met Office said: "As we start off Tuesday we are going to see some mist and fog patches across sheltered parts of England and Wales.

"They quickly lift as the sun gets to work. And then for much of the southern half of the UK it's simply a sunny day and there will be bright weather in the north east as well at first. 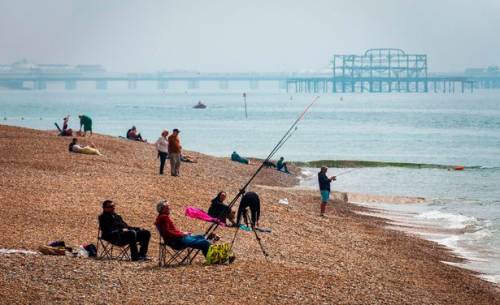 A misty foggy start to the day in Hove, East Sussex before temperatures soar across the south east
(Image: Adam Gerrard / Daily Mirror)

"But on the whole the thickest cloud will be across northern areas."

Then the mercury is forecast to peak at about 27 C near London before turning 'even warmer' all the way towards the weekend, forecasters said.

BBC Breakfast forecaster Carol Kirkwood said the source of the warm front could well be Bermuda.

She said: "Increasingly tonight you will notice the humidity so it is going to becoming more uncomfortable to sleep. 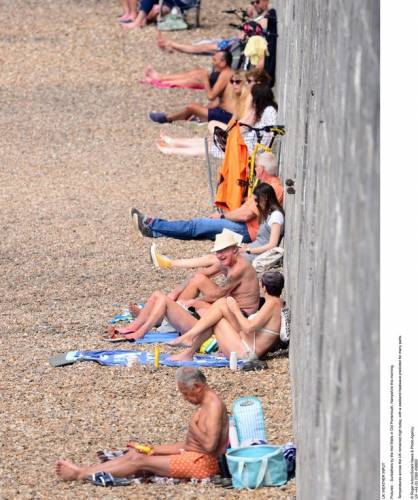 Millions of Brits are set to hit the coast this weekend as the mercury rises to 30C in some parts
(Image: Roger Arbon/Solent News)

"It's humid air we're pumping up called tropical maritime, its source could well be Bermuda.

"We are looking at a lot of dry weather the further south and southeast you are."

By Saturday evening the temperature chart shows the whole of England turn a deep red, as the mercury soars to the mid-to-high 20s.

A sizzling 29C is forecast in the capital, possibly even 30C, with temperatures ranging between 26 and 22C elsewhere. 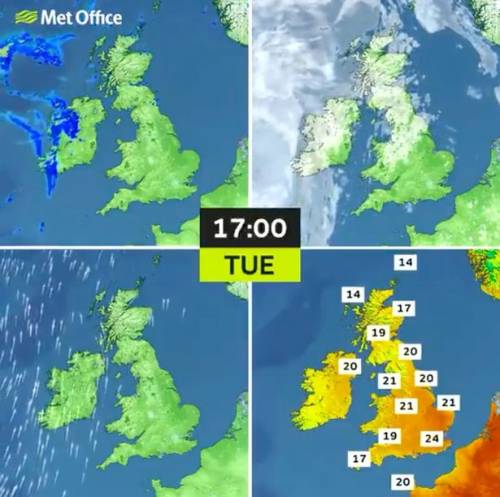 Things are finally heating up in the UK

Parts of Scotland, Wales and Northern Ireland can also expect the mercury to reach the low-20s.

Sunday, June 13, is expected to be even warmer, with the weather chart showing the whole of the UK turn a burnt red as temperatures soar across the nation.