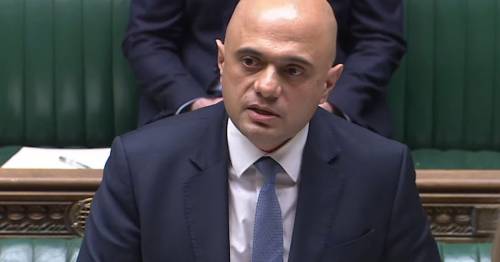 How long do you need to self-isolate for? Sajid Javid’s new rules cut Covid quarantine

The government has announced a major change for people who have been told to self-isolate due to coronavirus.

Health Secretary Sajid Javid has slashed the number of days people will need to isolate, with the new Covid rules set to come into effect from Monday January 17.

The news was announced as Javid updated Parliament on the government's plans.

On Wednesday January 12, Prime Minister Boris Johnson had announced that a decision would be made on the matter "as fast as possible".

At Prime Minister Questions, Johnson had said: “We are certainly looking at reducing the isolation period, and we hope to bring you more about that … as fast as possible.”

The new comes just days after asymptomatic people were told they no longer needed to get a PCR test after returning a positive lateral flow.

How long do I need to self-isolate under the new Covid rules?

Under the new rules, people now need to isolate for just five full days, meaning that if they have tested negative twice they can exit on day six from the day their isolation began.

People must have tested negative on both days five and six.

The move brings the UK in line with guidance in the USA, where people already only need to isolate for five days.

When calculating your isolation period, a full day is counted as starting at 12:01 am on the next calendar day from the day you tested positive.

This means people will be isolating for somewhere between five and six days – this will be dependent on when their symptoms started or they received confirmation of a positive test.

If you still test positive after days five and six, you will need to continue to isolate until you return two negative tests on two consecutive days. The two negative tests must be reported before people return to work and education if they want to leave before the full 10-day period is completed.

People leaving isolation on day six after Monday 17 are being firmly encouraged to wear a face covering and limit close contact with other people.

Mr Javid said: “These two tests are critical to these balanced and proportionate plans and I’d urge everyone to take advantage of the capacity we’ve built up in tests so we can restore more freedom to this country, whilst we are keeping everyone safe.”

If you are a close contact you may also need to self-isolate. For example, if someone you live with tests positive you will need to do so, unless you are exempt.

Exemptions in this scenario include being fully vaccinated, having received a final jab no less than 14 days before coming into contact with the virus. This also applies if you are a close contact of someone with the virus.

Under-18s are also exempt if they are a close contact, as are people unable to take vaccinations for medical reasons.

But even if you are exempt from isolation, the NHS strongly recommends that you take a lateral flow test every day for seven days and consider limiting contact with others where possible.

What were the rules before?

Until Monday, guidance states people need to isolate for six full days from the point they developed symptoms or tested positive for Covid-19.

This means people are currently free to leave isolation partway through the seventh day.

The change in rules is the second of its kind – previously people had to isolate for the full 10 days regardless of whether they were testing negative in the late stage of their time at home.

The new rules will come into play at 12.01am on Monday morning.

Why have the self-isolation Covid rules been changed again?

The change has been forced from an NHS staffing crisis and huge pressure from Tory MPs.

Mr Javid said the move would "maximise activity in the economy and education".

He also said: "UK Health Security Agency data shows around two-thirds of positive cases are no longer infectious by the end of day five."

The changes were announced amid a heated parliamentary session, where the Labour Shadow Health Secretary Wes Streeting said the Prime Minister is "not fit to lick the boots of NHS staff in this country".

Previous : Mum taken to hospital after kitchen ceiling ‘collapsed’ on her head as she made dinner
Next : Daily FX trading volumes drop 7% year-on-year in December – CLS