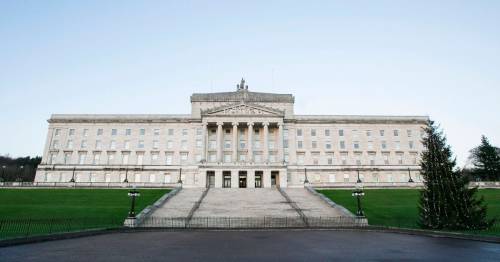 Focus is turning to Northern Ireland after the vitally important Assembly election was held on May 5.

Most of the results of local elections in England have been declared, while attention also turned to Scotland and Wales, who began counting their votes from 9am on Friday, May 6.

However, it is the decision in Northern Ireland that could have significant consequences for the future of the UK.

Tensions in the country are frequently high due to key differences and difficulties in the power-sharing agreements vital to forming a government in Stormont.

The protocol was an agreement between the EU and the UK that essentially created a border in the Irish Sea between Britain and Ireland. It means goods coming into Northern Ireland from mainland Britain face checks at the border and Unionist figures fear this separates the country from the UK.

How does power-sharing work in Northern Ireland?

In Northern Ireland, it is the rule that the country's parties share the power in Stormont, the seat of the government.

Representatives of nationalist and unionist parties must be present in the executive branch of government, the Northern Ireland Assembly, as those who want a united Ireland must work with members who wish to remain a part of the UK and vice versa.

The DUP – the major unionist party in Northern Ireland – may be unlikely to work with Sinn Fein for a number of reasons.

One of which is the prospect of a border poll and also the Northern Ireland protocol. Despite this, both the First Minister and Deputy First Minister roles hold the same powers.

The agreement doesn't always work when the two sides cannot commit to working together and power-sharing agreements have previously broken down.

Before the local elections, a DUP spokesperson said: "There is nothing more scary, nothing more frightening than Sinn Fein having the most seats at Stormont and pursuing their stated plans for a decisive border poll as Northern Ireland will be distracted from the issues that really matter."

However, polls indicate that the prospect of a border boll was not the main issue in the elections, as voters instead focussed on local issues like healthcare and the economy,

Will the local elections effect the UK?

Check out our hour-by-hour guide to the local elections.

The local elections this year are particularly important in Northern Ireland, as a nationalist party, Sinn Fein, is predicted to have a majority for the first time in over 100 years of Ulster.

Northern Ireland remained part of the UK when the Republic of Ireland gained independence from the UK due to a strong protestant and pro-British sentiment.

Typically, it is the Catholic communities that have republican leanings and the split between the two communities based on sectarian violence led to the troubles.

Eventually, the Good Friday Agreement was reached in 1998 in which the two sides agreed to peace terms, one of which was that a border poll may one day be called to decide Northern Ireland's future.

The agreement states: "If at any time it appears likely to him that a majority of those voting would express a wish that Northern Ireland should cease to be part of the United Kingdom and form part of a united Ireland."

The poll would be called by the Secretary of State for Northern Ireland "when it appears likely that a majority of the people would vote in favour of a united Ireland". So, if a Sinn Fein majority in Stormont is indeed present, there would be a strong argument for a border poll.

Previous : Harry and Meghan ‘may still make it on Palace balcony’ despite Queen’s ban
Next : Labour candidate ‘who did no campaigning’ wins council election in his SLEEP